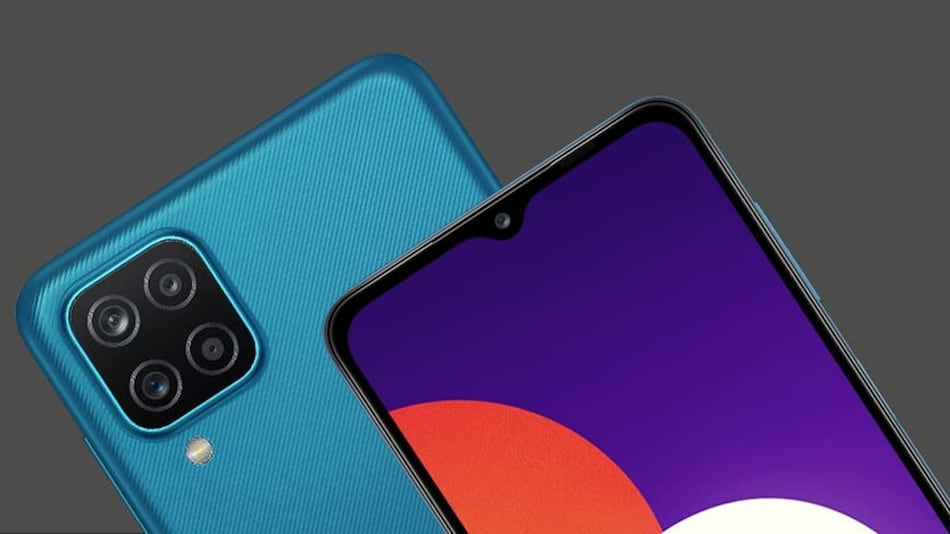 Samsung Galaxy M13 5G, a rumoured handset from the South Korean tech giant, is reportedly making its way to the market soon. Ahead of any official confirmation, live images of the phone have surfaced online suggesting the possible design. The renders show Samsung Galaxy M13 5G in a Black colour option and suggest a dual rear camera setup on the back, along with an LED flash. It is likely to feature a waterdrop-style notch display. Samsung Galaxy M13 5G is expected to succeed the Samsung Galaxy M12 4G that was unveiled in February last year.

A report by 91Mobiles has leaked the alleged live images of Samsung Galaxy M13 5G. The leaked live shots show the handset in a Black colourway, but the Galaxy M13 5G is expected to come in different colour options upon launch. The renders of the Samsung smartphone suggest a dual rear camera unit arranged in the upper left corner on the back along with an LED flash.

The renders also show volume rockers and a power button on the right spine of the smartphone. The power button might double up as a fingerprint scanner as well. In the leaked images, a SIM tray is seen arranged on the left spine. A microphone can be seen at the bottom edge, along with a USB Type-C port and a speaker grille. Besides, Samsung Galaxy M13 5G is seen to pack a waterdrop-style notch display.

Samsung has not shared any details about the launch of the Samsung Galaxy M13 5G in India. However, the production of the device is said to have recently started in the country. The Galaxy M13 is said to carry model number SM-M135 in India. As per past leaks, Galaxy M13 5G could run on Android 11-based OneUI skin out-of-the-box. It is said to feature a 6.5-inch full HD+ display and a 5,000mAh battery. The handset could pack 6GB RAM and is said to offer 128GB of onboard storage as well.