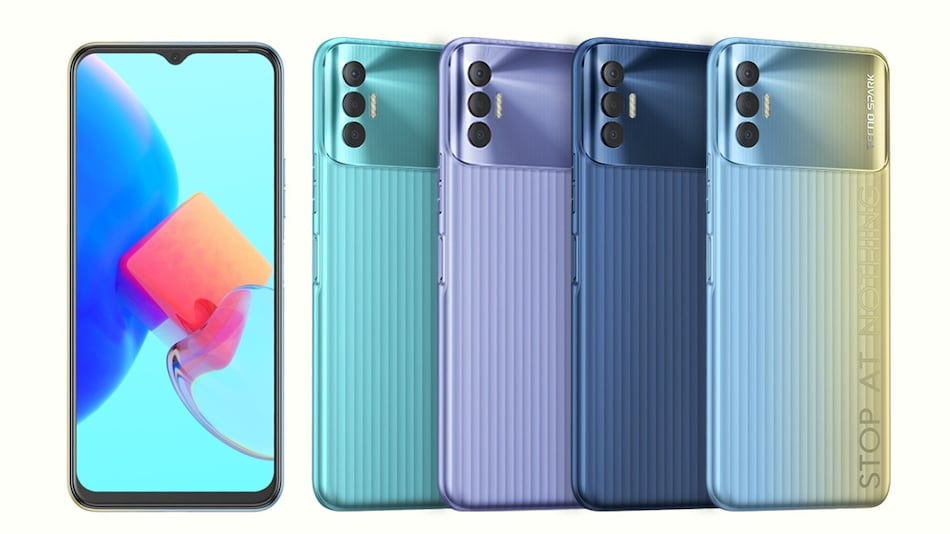 Tecno Spark 8P price in India has been tipped just hours before the official announcement. The new Tecno phone was initially launched in some markets last year. It comes with features including triple rear cameras and a waterdrop-style display notch. The Tecno Spark 8P also carries an octa-core MediaTek SoC and includes DTS Stereo Sound. It is likely to sit alongside other budget models in the Spark series that added the Tecno Spark 8C, Spark Go 2022, and Spark 8 Pro in the recent past.

The Tecno Spark 8P price in India will be set at Rs. 10,999 for the 4GB RAM + 64GB storage variant, tipster Paras Guglani said in a tweet posted on Thursday. The tipster has also leaked detailed specifications of the smartphone.

Earlier this month, Tecno teased the launch of the Spark 8P in India. The company also recently confirmed that it is officially launching the phone later on Thursday. However, exact pricing and availability of the Spark 8P are yet to be announced.

The Tecno Spark 8P runs Android 11 with HiOS 7.6 and features a 6.6-inch full-HD+ (1,080x2,408 pixels) Dot display with a 120Hz touch sampling rate and 401ppi of pixel density. The phone carries the triple rear camera setup, with a 50-megapixel primary sensor. It also comes with an 8-megapixel selfie camera sensor at the front, with dual-LED flash.

Tecno has equipped the Spark 8P with a 5,000mAh battery that supports 18W fast charging. The phone also comes in a splash-resistant build that is IPX2-certified.