Vivo S12 Pro could be the first phone in the series to feature a curved display. 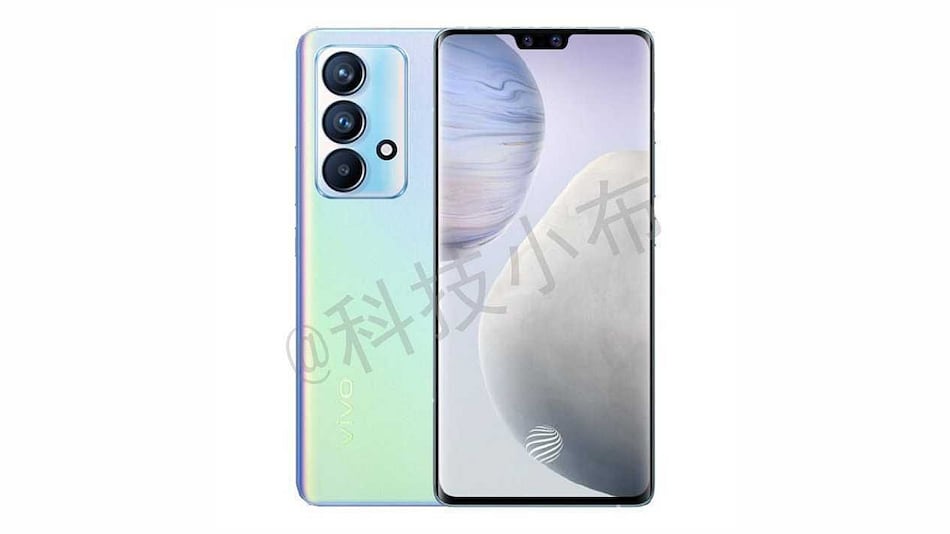 Vivo S12 Pro has been spotted online in official-looking renders, suggesting that the company could be working to add the rumoured Vivo S12 and Vivo S12 Pro to its S-series smartphone lineup. Vivo S12 Pro is tipped to feature a display with a large notch that is likely to feature a 50-megapixel selfie camera. The renders suggest the handset could also be the first in the series to sport a curved display. Vivo S12 Pro will also feature a triple rear camera setup, according to the tipster.

Official-looking renders of the Vivo S12 Pro shared by a tipster on Weibo suggest the Vivo S12 Pro will come with two front-facing cameras housed in a rectangular notch on the display. Vivo S12 Pro could come with curved edges on both sides of the panel, according to the renders, making it the first handset in the S-series to sport a curved display.

Vivo S12 Pro will feature a 50-megapixel Samsung JN1 lens for the selfie camera located in the centre-aligned notch at the top of the full-HD display, according to the tipster. The second front-facing camera is said to be an 8-megapixel camera for ultra-wide photography. Meanwhile, another tipster who goes by the name of Digital Chat Station has posted on Weibo that the smartphone will feature a 108-megapixel triple rear camera unit.

The Vivo S10 Pro, which was launched earlier this year, featured a MediaTek Dimensity 1100 SoC and supported 44W charging. Digital Chat Station has tipped the smartphone to launch with a MediaTek Dimensity 1200 chipset. Vivo S12 Pro is also expected to feature improved charging and performance over its predecessor and will run on the latest OriginOS Ocean UI according to the tipster.

Older reports suggest that the Vivo S12 Pro could feature both a curved display and a 50-megapixel main camera. The smartphones were previously tipped to launch alongside the Oppo Reno 7 series, which was launched in China on November 25. Vivo is yet to announce plans for launching both the Vivo S12 or Vivo S12 Pro or tease specifications of the smartphones.