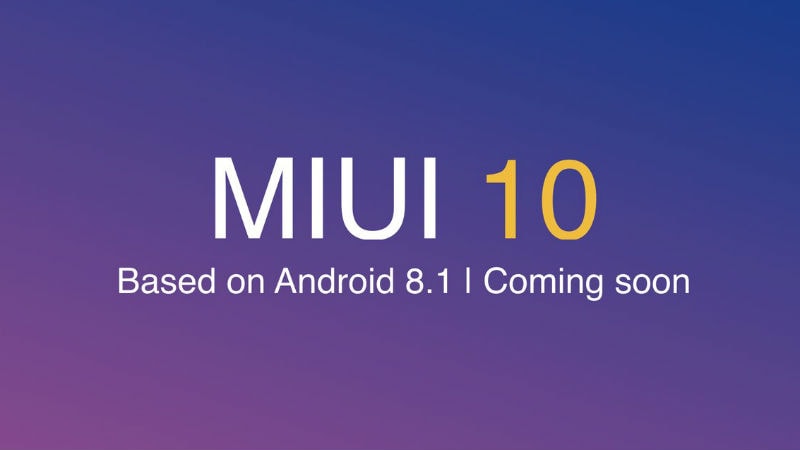 MIUI 10 for Xiaomi Redmi 6 lineup will be released soon

Xiaomi launched the Redmi 6 series in the Indian market earlier this week and has now promised an MIUI 10 update for them as well, something it had mentioned at the launch event yesterday. All the three variants - Redmi 6, Redmi 6A, and Redmi 6 Pro - had arrived running Android 8.1 Oreo-based MIUI 9.6. But now, the Chinese manufacturer has announced that an MIUI 10 will be released soon. While the smartphones will go on sale in India this month itself, Xiaomi has not revealed exactly when the latest custom OS will start rolling out. Separately, Xiaomi has started to roll out the latest version of MIUI 10 Global Beta ROM to eligible devices.

The latest developments come on the heels of Xiaomi starting the rollout of the first stable version of MIUI 10 in China. After almost three months since its launch in beta, MIUI 10 arrived in a stable version in Mi 6 in the country. In a post on Twitter, Redmi India announced that the Redmi 6, Redmi 6A, and Redmi 6 Pro will be added in the list of smartphones in India that will receive the MIUI 10 update - this will still be based on Android 8.1 Oreo. However, as mentioned, there is no exact timeline of the update rollout yet. Also, Xiaomi has not revealed any details about an Android 9 Pie update as well.