The MIUI 10 update also brings the July 2019 Android Security Patch to Redmi 6 and Redmi 6A phones. 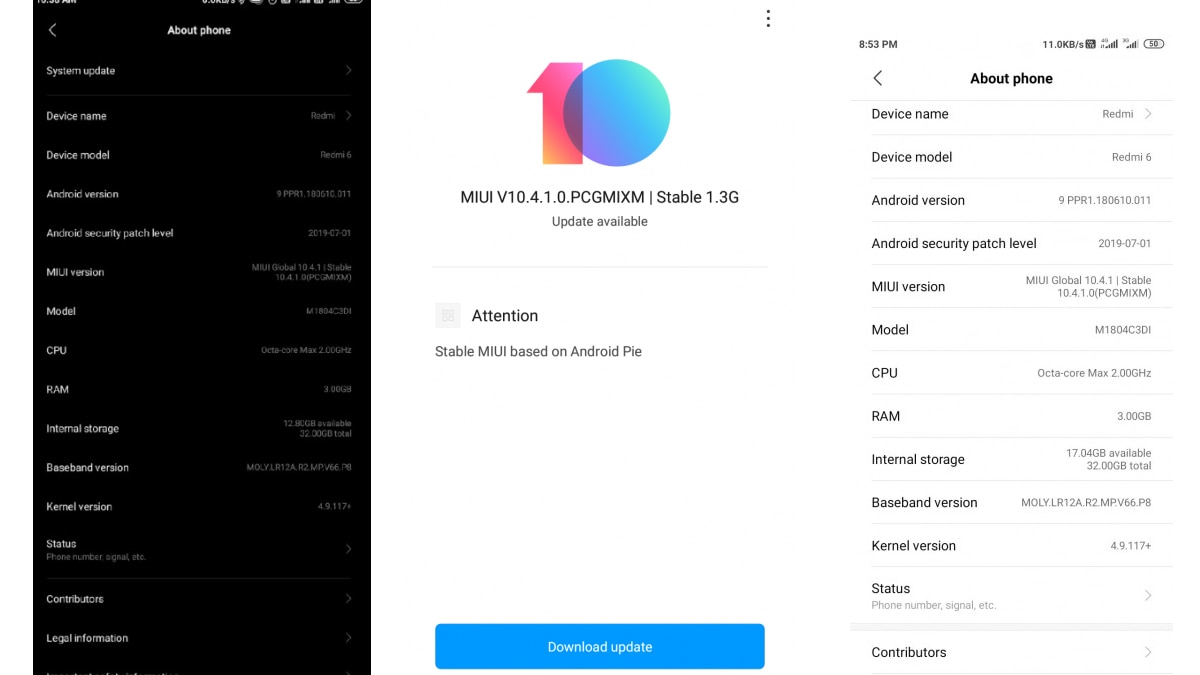 Redmi 6 and Redmi 6A users in India have reportedly started receiving the MIUI 10 update based on Android 9.0 Pie. The company, in April, revealed that it had suspended development of this update for the two phones. However, in June, the company changed its mind and announced that the two phones will indeed be upgraded to Android Pie. Now, the users are sharing screenshots on the forum confirming that the update is indeed arriving on their Redmi 6 and Redmi 6A units.

If you haven't been notified yet, we recommend you check in Settings to see if you've received the update or not. Install the update over a good Wi-Fi network and while the phone is on charge. It is important to note here that like all updates, the Android Pie update for Redmi 6 and Redmi 6A is also likely rolling out in batches and it might take at least a few days to reach everyone. So, if you don't immediate the update on your phone, don't worry, you will get it soon.

The changelog vaguely states that the update brings Stable MIUI based on Android Pie. Notable features that have made their way to the Redmi 6 and Redmi 6A include system-wide Dark Mode, in addition to support for navigation gestures, and other usual Android Pie features. The new update also introduces support for ‘face unlock' in order to secure installed apps. According to screenshots, the update bumps up Android security patch to July 2019.