The upcoming Redmi phone might be launched in a total of three storage variants. 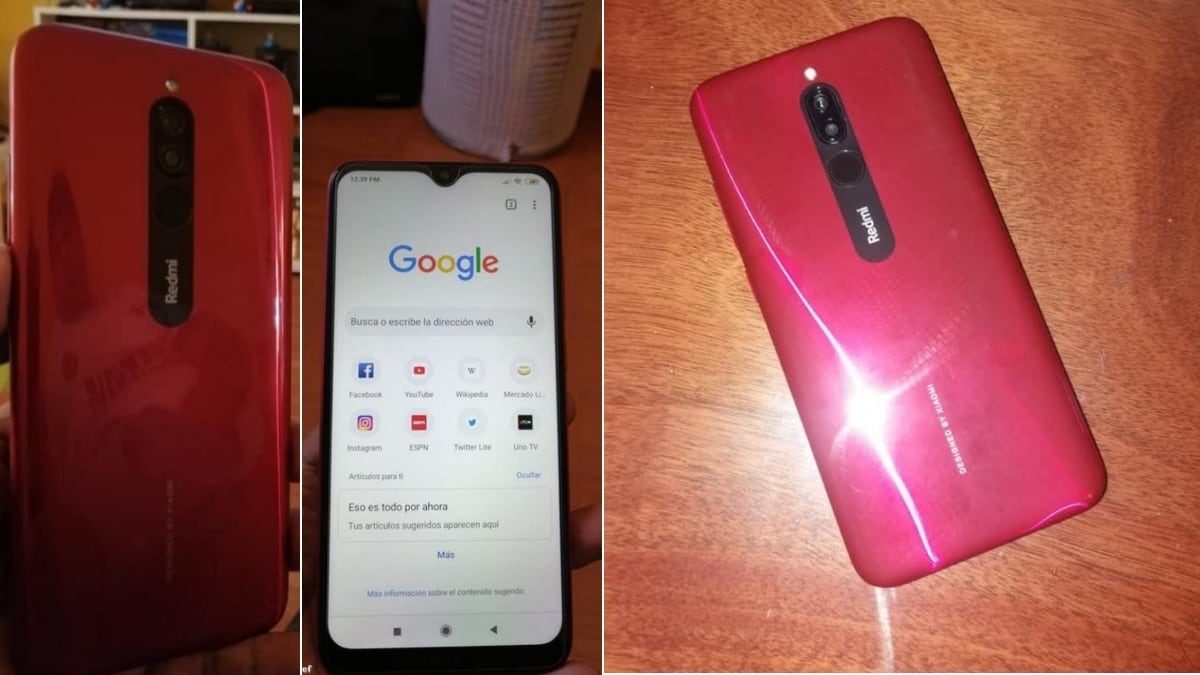 The Redmi 8 series has been a mainstay in the leak arena recently. After the alleged Redmi 8 popped up on TENAA, the live images of an another Redmi 8 series phone have surfaced online. The leaked images, which allegedly depict a prototype unit of the Redmi 8A, show the phone flaunting a flashy red build. The Redmi 8A is shown packing dual rear cameras and a fingerprint sensor sitting below it. As per the latest leak, the phone will come equipped with a 5,000mAh battery and will draw power from the octa-core Qualcomm Snapdragon 439 SoC.

The alleged live images of the Redmi 8A, which come courtesy of SlashLeaks, show a phone with unibody build and a glossy red paintjob. The dual rear cameras and the fingerprint sensor are all located inside a black strip with a prominent Redmi branding. On the front is a waterdrop-style notch and thick chin at the bottom. One of the leaked images shows the “About Phone” screen of the  Redmi 8A and it clearly states that the phone is powered by the Snapdragon 439 SoC clocked at 2.0GHz.

Moreover, the RAM is 4GB while the internal storage is listed at 64GB. The software build is MIUI 9.7 based on Android Pie, while the model number is M1908C3IH. The phone is tipped to pack a massive 5,000mAh battery. The aforementioned model number and specifications match with the details listed in the TENAA database of another Redmi phone that was spotted earlier this month and was thought to be the Redmi 8.

It is quite possible that the phone listed on TENAA and the one seen in the leaked live images is Redmi 8A, since the Redmi 7 is powered by the Snapdragon 632 SoC, and it won't make sense for Xiaomi to equip its successor with a less powerful Snapdragon 400 series processor.