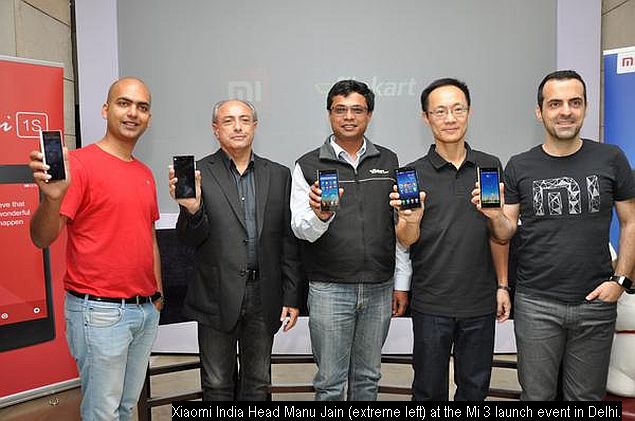 After reports on Wednesday that Xiaomi was discontinuing the Xiaomi Mi 3 in India, NDTV Gadgets spoke to Manu Jain, head of Xiaomi India, who clarified that the reports were off the mark.

In light of the extremely short availability of the Mi 3 in India - just over a month of sales, followed by the Redmi 1S launch, many people felt that India was being used solely for stock clearance of older Mi 3 models, but Jain dismissed the notion.

"We had not expected the kind of demand we got at all," he said. "Both the Mi 3 and the powerbank have been selling out completely. The powerbank, we believed, experts told us, the market was around 30,000 to 40,000 units per month. The demand has completely outstripped that."

With the Mi 3 too, the demand has hugely outstripped the supply, which is the only reason, Jain insists, that the company does not have any units available at the moment. However that does not mean they can simply pick up extra units from other markets and bring them to India, he clarified.

"We are 100 percent committed to India. But everything, from the software, to the manuals, to the charger, to even the packaging, has to be localised," said Jain. "Each country has its own set of regulations, whether it's writing the SAR value or getting everything cleared, and the units we sell in China can't be sold just like that in India."

Over time, he says, fresh stocks could be readied for India, depending on the market data being gathered now.

Once Xiaomi has more data about the demand for the Redmi 1S, he says, then it will be able to make better decisions about the kind of stocks required for all products, and react to the market in accordance.

But does this mean that at least at the time of launching new handsets, Xiaomi will only sell one device at a time, adding others later if demand permits? Jain said that it is too soon to say what the official policy is going to be.

"We are still a very young company, and we're still learning," he said. "We are just five weeks old in India, and we are figuring out what works for the market."