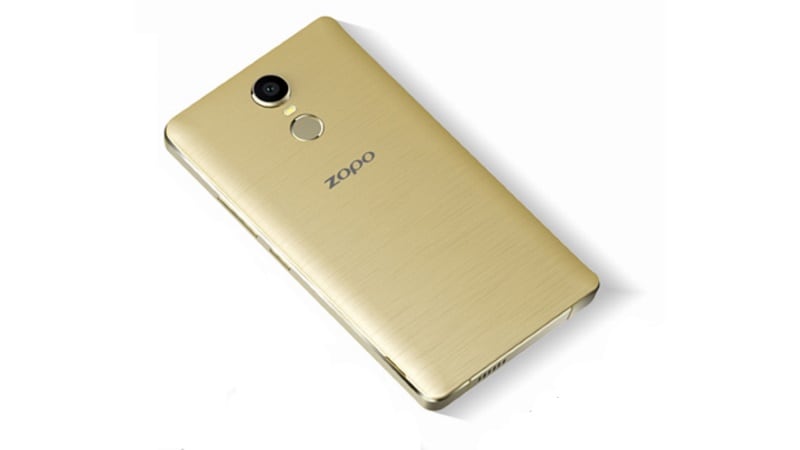 Adding a new member to its Color smartphone series, Zopo Mobiles on Wednesday launched a new smartphone - Color F1. The Zopo Color F1 will be available at a price of Rs. 8,890 in Black, White, and Gold colour variants. The biggest highlight of the smartphone is its fingerprint scanner that can, with shortcuts, also be used to control device's camera, music, gallery and other significant features. It means that you can capture your selfies easily by just tapping on the fingerprint scanner and henceforth fire the gallery app to see that.

The dual-SIM (Micro+Nano) supporting Zopo Color F1 runs Android 6.0 Marshmallow out of the box and is powered by a MediaTek MT6580 quad-core CPU, coupled with 1GB of RAM. The smartphone has a metallic finish all over, and it packs a 5.5-inch (720x1280) HD IPS display with a 2.5D curved glass.

For the photography objectives, the Zopo Color F1 houses an 8-megapixel camera with LED flash. The smartphone has a 2-megapixel front camera for selfies. You can shoot beautiful selfies even in low-light conditions, thanks to the flash module present on the front of the smartphone as well. Below the rear-shooter, sits the fingerprint scanner that Zopo claims can perform a lot other actions, as we mentioned.

The Color F1 sports 16GB of inbuilt storage that's expandable via microSD card (up to 64GB). You get GPRS/ EDGE, 3G, Bluetooth v4.0, FM, GPS, Wi-Fi (802.11b/g/n) for the connectivity solutions in the smartphone. The Color F1 houses a 2300mAh battery in it that can last a day longer. The smartphone measures 153x77.8x8.5mm. Besides, the smartphone has some useful features like Multi-Account Application, App Lock, floating video widgets and a Barcode/QR code scanner.

Elaborating more on the Multi-Account application feature, the company says the Zopo Color F1 can duplicate the account instances on social media apps like WhatsApp. This lets you have both your work and personal accounts signed-in within the same app but in a parallel space. The Barcode/QR scanner readily scans barcodes and QR codes and fires up the relevant information. There is also a floating video widget in Color F1 that protrudes the video screen as an overlay, so that you can move it anywhere on the screen while doing work on other apps.