Honor 9X starts at Rs. 13,999 in India, and goes against some well-received budget phones from Xiaomi and Realme. 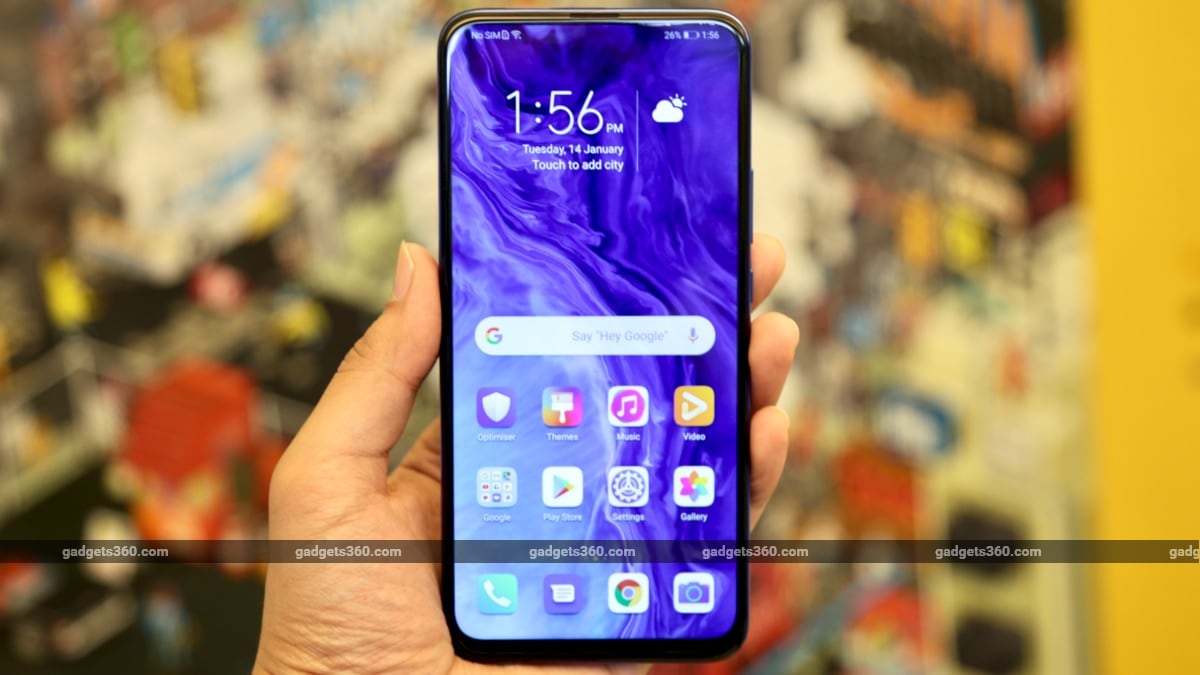 Honor 9X has finally gone official in India. Positioned in one of the most hotly contested price brackets, the Honor 9X tries to stand out with its eye-catching design and a pop-up selfie camera. This phone is your typical mid-range affair, with a triple rear camera setup and a sufficiently large battery. The Honor 9X offers an interesting mix of features at a fairly competitive price, but it takes on well-received rivals from Xiaomi and Realme. We've had a little hands-on time with the Honor 9X and here are our first impressions of the latest Honor offering.

As stated above, design is one of the key selling points of the Honor 9x. The rear panel is made out of plastic, with a criss-cross pattern of lines that appear to form an X, hence the ‘Dynamic X' marketing moniker. We had the Sapphire Blue variant. The design is not entirely original, but is easily distinguishable in the sea of gradient and smokey finishes that almost every smartphone maker has gone with of late. On the flip side, the glossy rear panel gets smudged easily, and fingerprint marks will be visible all over it within no time. The Midnight Black variant of the phone looks more understated though. The curved profile ensures a comfortable grip, and thankfully, the finish is not too slippery.

Over on the front is a 6.59-inch full-HD+ (1080 x 2340 pixels) display, which makes for a 91 percent screen-to-body ratio. The notchless design with thin bezels is definitely pleasing to look at, and the panel is adequately sharp as well. However, brightness could have been a little better, as outdoor visibility was not very good. While the large display is good for media consumption and gaming, one-handed usage could be a struggle for some.

Internal hardware is where things get interesting. First of all, the Honor 9X launched in India is a different phone compared to the Honor 9X that was launched in China back in July last year. The model launched here packs three rear cameras, while the Chinese version has two. Moreover, the processors inside both market-specific versions are also different. Interestingly the Honor 9X in India carries the same internal model number as the Huawei Y9 Prime (2019), and these two devices are almost identical in terms of internal hardware.

The Honor 9X features a 48-megapixel main snapper, an 8-megapixel wide-angle camera, and a 2-megapixel depth sensor. There is a 16-megapixel selfie shooter housed inside a pop-up camera module. We couldn't help but notice that the pop-up mechanism is a little slow. Camera features include a dedicated night mode, moving pictures, and slo-mo video capture, among others. A couple of selfies we took came out sharp with vivid colours, but with a lot of post-processing and smoothening visible.

The phone is built around the Kirin 710F SoC with up to 6GB of RAM, and was snappy in our brief hands-on time, loading and switching between apps quickly. EMUI 9.1, based on Android Pie, handles things on the software side. It has a tonne of pre-installed apps and rather garish aesthetics, but some useful features. There is a 4,000mAh battery, and this phone supports 10W charging. The Honor 9X seems to be a compelling package at an asking price of Rs. 13,999, but we'll reserve our verdict till we conduct an in-depth review, in which we will assess aspects such as raw performance, battery life, and camera quality. Stay tuned to Gadgets 360 for the full review of Honor 9X, coming up soon.