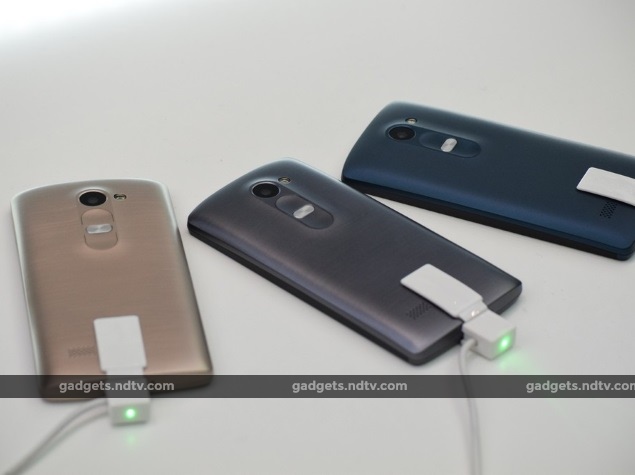 Not content with just a curved flagship and two smartwatches grabbing all the attention at its MWC booth, LG is also showing off the four mainstream phones it announced a week before the show began. The names of the LG Magna, LG Spirit, LG Leon and LG Joy don't really convey their relative positions in the lineup, but they attack four different price points within the mid-range spectrum, going from highest to lowest in that order. There will be variants of each model tailored for the 3G and LTE bands available in different countries.

The LG Magna will be the most expensive of the quartet, but will slot in below the LG G3 and its eventual successor. It's also the largest of the four, with a 5-inch, 294ppi, 720x1280-pixel screen. It features an unspecified quad-core 1.3GHz processor, 1GB of RAM, 8GB of storage and a 2540mAh battery. The rear camera has an 8-megapixel sensor and the one in front takes 5-megapixel stills. 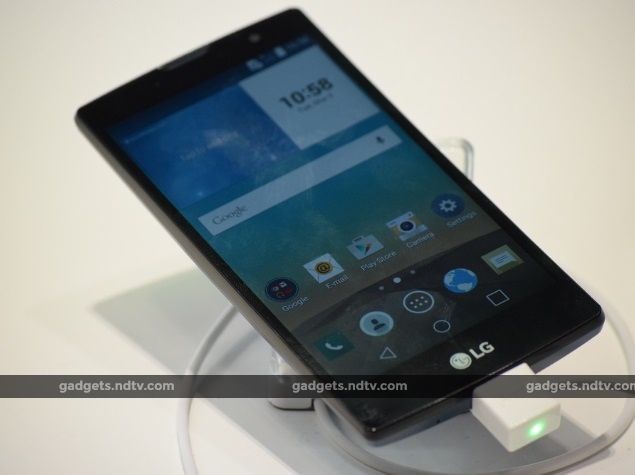 We saw units on display with blue and gold rear shells. The rear has a slight curve and a rough texture that makes it quite easy to hold, but not necessarily comfortable for long stretches. The power and volume buttons are on the rear, in keeping with LG's now-established design direction. If you don't like it, you're left with very little choice but to find a product from a different manufacturer. 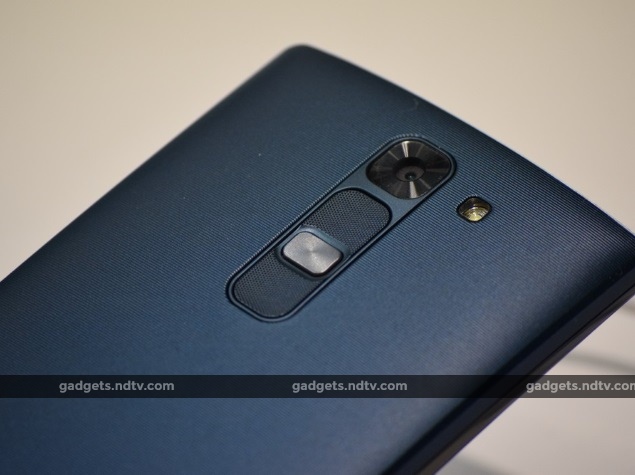 The Magna runs Android 5.0 with an updated version of the custom UI that we've seen in many of the phones we've reviewed before. There are lots of useful shortcuts and everything looks clean and is laid out fairly well. 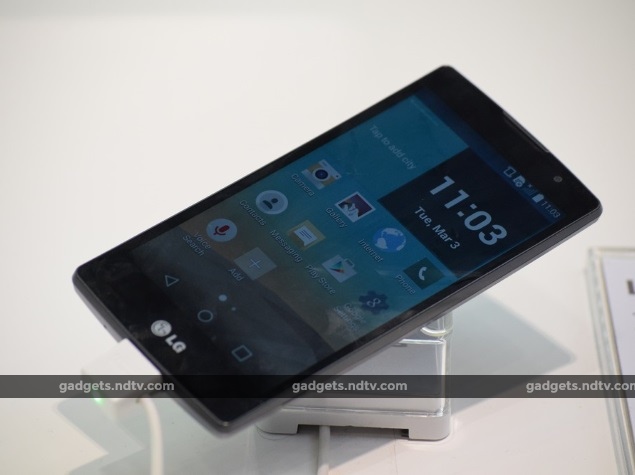 Next on the list is the LG Spirit, which features a 4.7-inch screen at the same resolution for an improved density of 312ppi. The rest of the specifications remain the same except for the battery, which is smaller at 2100mAh. Interestingly, the company has said that the front camera resolution might be different in some markets. Styling is also very similar to that of the LG Magna, though the colour options and texture of the rear shell are different. 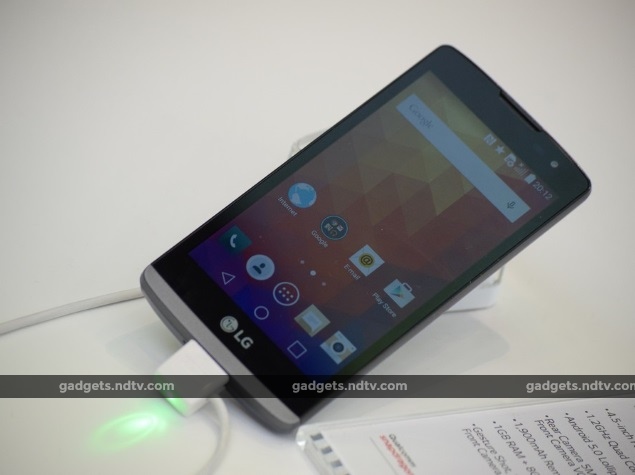 The LG Leon continues down the line but has a few differences from the first two in terms of design. This one has a bit of a chin in the front, and while the buttons are still on the rear, they're a bit more rounded. You'll have to step down to a 4.5-inch screen at a much lower resolution of 480x854. While noticeably grainier than the Magna and Spirit, the LG Leon's screen is still pretty readable and the UI doesn't look too badly affected. The processor has four cores running at 1.2GHz but RAM is still 1GB and storage is still 8GB. There is an 8-megapixel rear camera and the front one will be either 5-megapixels or 0.3, depending on the market. The battery capacity dips further, to 1900mAh though the screen will definitely take less juice. 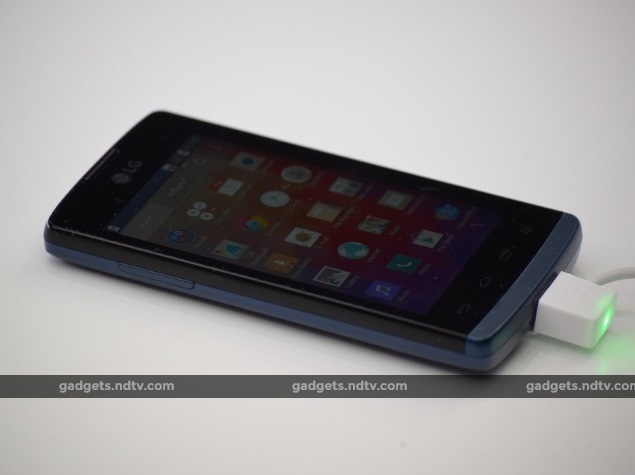 Finally, there's the LG Joy. This one sticks out the most because it is not only the smallest, but has capacitive Android buttons below the screen whereas the others use on-screen controls. The power and volume buttons also miraculously are not on the rear but on either side. Predictably, the screen is the smallest of the lot at 4 inches, and its resolution is also the lowest at 480x800. The model on display was listed as having a 1.2GHz dual-core processor, 0.5GB of RAM and 4GB of internal storage. It also had a 5-megapixel rear camera, no flash, no front camera, Android 4.4 and a 1900mAh battery. It seems that there will be multiple versions of this phone in different markets though, with specifications possibly including a quad-core processor, Android 5.0, 1GB of RAM and 8GB of storage.

We will have to wait and see exactly which versions of each model launch in India. While performance felt snappy enough on all four devices, we won't make any judgements till we test them under standardised conditions in our lab.

LG could do very well if these models are priced competitively. Competition is fierce so it's good to see an entirely new lineup, top to bottom. Stay tuned for our detailed reviews.

Disclosure: LG was showcasing its products at MWC 2015 in Barcelona. Qualcomm sponsored the correspondent's flights and hotel for Barcelona.