Meet the New Model 3 From Tesla 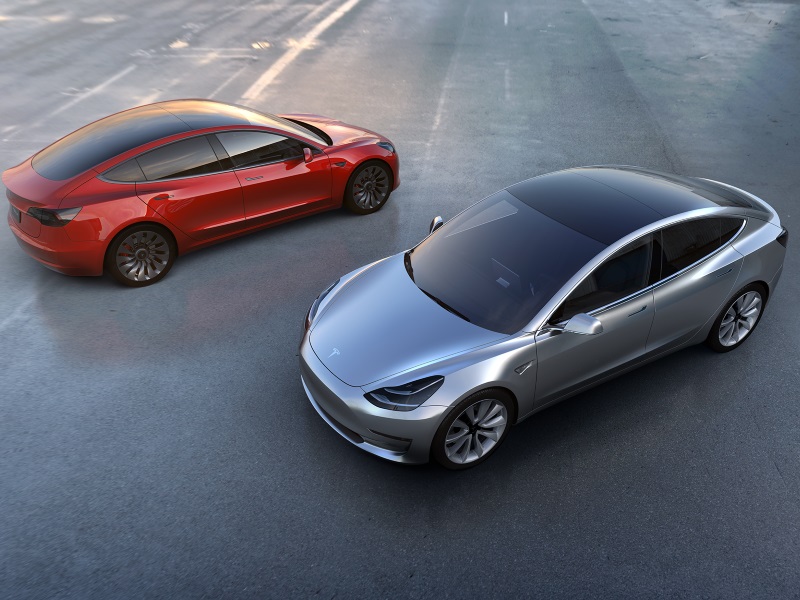 Musk said the car will be able to travel at least 215 miles per charge and will have several features of its more expensive sibling, the Model S. The four-door vehicle, for instance, will offer autopilot, which enables the vehicle to drive itself on the highways and other roads. Musk also claimed the car will be able to go from 0 mph to 60 mph in under 6 seconds.

The car seats five adults and has two spaces for luggage in the front and back. Musk said it could fit a 7-foot surfboard inside the car. It was also clear from the presentation that the $35,000 version would be a stripped down version with very few options.

While the car won't be delivered until late 2017, fans of the company flocked to its stores to sign up to buy one, with some camping out on sidewalks. Musk said on Thursday that 115,000 people had put down $1,000 deposits to pre-order the Model 3.

Despite the late-night event, social media blew up with images of the new car as soon as it was unveiled.

The Model 3 represents a huge moment for the company, which has seen its stock fall in the latter half of last year from $280 down to $240. On Thursday, it closed regular trading near $230.

The new vehicle represents a way for the company to regain some of the momentum it had when its cars were garnering rave reviews. In October, Consumer Reports dinged the Model S for reliability problems, even though the same publication had otherwise issued a glowing review of the vehicle.

If it takes off, Tesla's new car could also accelerate the spread of electric charging stations that would make electric vehicles of all kinds a more realistic alternative. In that respect, the Model 3 could do for electric cars what the iPhone did for smartphones, igniting demand for a whole new class of technology.

Uber CEO Must Face Price-Fixing Lawsuit by Passengers: US Judge
Tesla Model 3 Is Headed to India