Pegasus V, Dwarf Galaxy Near Andromeda, Believed to Be One of the First Galaxies

Researchers have found that Pegasus V contains small amounts of heavy elements and argued that the galaxy must be very old. 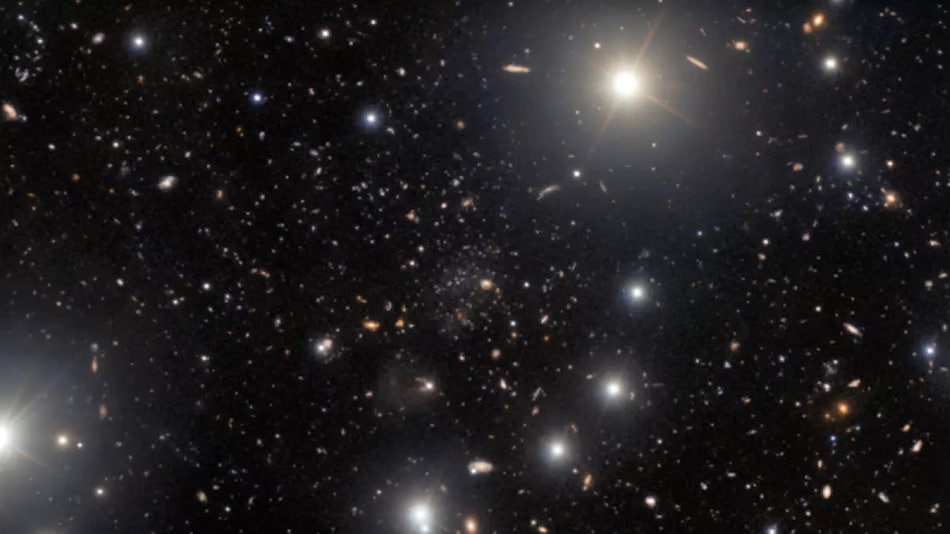 A team of astronomers at the University of Surrey recently found an extremely faint, dwarf galaxy which, they believe, is one of the first galaxies packed with a very old star. The galaxy, monikered as Pegasus V, is located in the vicinity of the Andromeda galaxy. The observation first came to light after a sky watcher named Giuseppe Donatiello found the dwarf galaxy in the archival data of a camera designed by the US Department of Energy to study dark energy.

The find by Giuseppe intrigued researchers who then studied it using the Gemini North telescope at the International Gemini Observatory in Hawaii. In the study, researchers have found that Pegasus V contains small amounts of heavy elements and argued that the galaxy must be very old.

“We have found a new, extremely faint galaxy whose stars formed very early in the history of the universe. This discovery marks the first time that a galaxy this faint has been found around Andromeda using an astronomical survey that was not specifically designed for the task,” said Dr Michelle Collins, the lead author of the study.

It is difficult for astronomers to discover faint galaxies, in general. It is because their stars are old and less scintillating. Stars help astronomers identify the galaxy and measure its distance. This scarcity of bright stars makes it hard to find a faint galaxy. The Gemini telescope made it possible to put Pegasus V on the map.

The “fossil” galaxy that the team discovered has a high concentration of old stars and when compared to other faint galaxies, is metal-poor. These two facts point to the galaxy being uniquely old and the star formation in the galaxy ceased very early. The galactic relic is believed to contain clues about the formation of the universe's earliest stars and play a key role in correcting and upgrading our understanding of dark matter.

Dark matter is believed to be the very fabric of the structure of the universe. The issue with it is that it is not visible to telescopes and lenses. It establishes its existence by affecting objects around it. With the discovery of Pegasus V, which is believed to belong to reionisation period, researchers seek clarity into the formation of the universe, and thus dark matter.

Microsoft Joins ONDC, to Launch Shopping App in India: All the Details
EU Says US Tax Credits for Electric Cars 'Discriminatory' Against Europeans