Spectrometers can reveal the chemical properties of matter by identifying the spectra or wavelength of light that touched it. 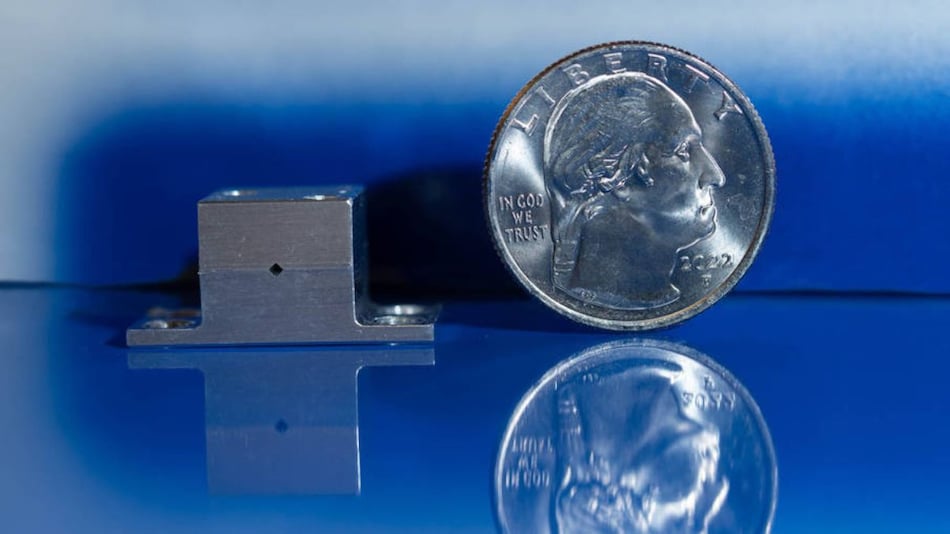 Researchers believe that the laser can power a handheld device

It has been previously concluded and confirmed that Moon has some amount of water on it. However, the technologies that indicated the presence of water are unable to tell if it is water, hydrogen ions or hydroxyl. To plug the gap, an engineer, from the US space agency NASA, has developed a tiny yet high-powered laser that can help locate water sources on our Lunar neighbour. This laser can be used to develop an instrument called a heterodyne spectrometer, which would be capable of zooming in on particular frequencies and confirming the presence of water on the surface of the Moon. Researchers believe that the laser can power a handheld device that can be used in future missions to explore Moon, Mars, and even beyond it.

Spectrometers can reveal the chemical properties of matter by identifying the spectra or wavelength of light that touched it. While most of these instruments work in broad sections of the spectrum, the heterodyne spectrometer focuses on a specific light frequency such as terahertz or infrared.

Water and other compounds that contain hydrogen emit photons in the terahertz frequency range, which is 2 trillion to 10 trillion cycles per second. A heterodyne spectrometer combines a local laser source with incoming light and helps measure the difference between the laser source and the combined wavelength. This measurement in turn gives accurate readings between the sub-band widths of the spectrum.

Traditionally, used lasers excite electrons within an atom's outer shell to generate light. The frequency of the light depends on the atom and the energy required to excite one electron. But, these lasers fail to perform in the terahertz gap or the spectrum between infrared and microwave.

“The problem with existing laser technology is that no materials have the right properties to produce a terahertz wave,” said engineer Dr Bulcha.

To overcome this problem, the team of researchers used the Goddard technology. They are working to develop quantum cascade lasers that produce photons with each electron transition event by utilising some unique quantum-scale physics of layered material having a width of just a few atoms.

In such materials, the laser produces photons in a specific frequency that is determined by the thickness of the alternating layers of semiconductors instead of elements in the material.

Besides this, the laser has a significantly small size that can enable researchers to fit it inside a 1U CubeSat the size of a teapot along with the processor, spectrometer hardware, and power supply.