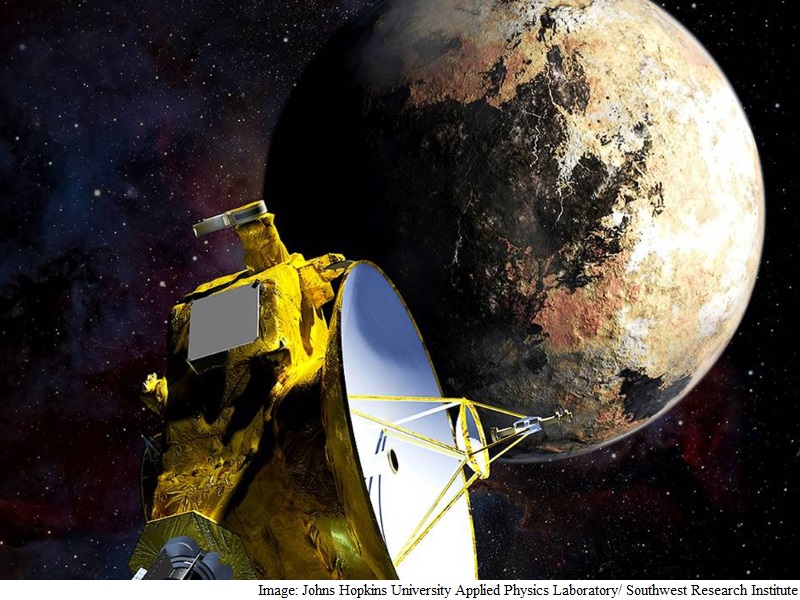 Understanding the environment through which our spacecraft travel can ultimately help protect them from radiation and other potentially damaging effects.

"We set the simulation to start in January of 2015, because the particles passing Pluto in July 2015 took some six months to make the journey from the sun," said Dusan Odstrcil, space weather scientist at Nasa who created the model.

The Enlil model, named for the Sumerian god of the wind, is one of the primary models used to simulate the space environment near Earth and is the basis for the New Horizons simulation.

The new, combined model tracks coronal mass ejections (CMEs) - massive burst of gas and magnetic field arising from the solar corona and being released into the solar wind - longer than ever before.

Because particles must travel for many months before reaching Pluto, the CMEs eventually spread out and merge with other CMEs and the solar wind to form larger clouds of particles and magnetic field.

These combined clouds stretch out as they travel away from the sun, forming thin ring shapes by the time they reach Pluto-quite different from the typical balloon shape of CMEs seen here at Earth, the US space agency said in a statement.

The New Horizons spacecraft has recently returned the sharpest images ever of cratered, mountainous and glacial terrains on Pluto and the best close-ups of the mysterious system that humans may see for decades.

These latest pictures are part of a sequence taken near New Horizons' closest approach to Pluto, with resolutions of about 250-280 feet per pixel - revealing features less than half the size of a city block on Pluto's diverse surface.

"These close-up images, showing the diversity of terrain on Pluto, demonstrate the power of our robotic planetary explorers to return intriguing data to scientists back here on planet Earth," said John Grunsfeld, former astronaut and associate administrator for Nasa's Science Mission Directorate.