As it trots through the park, Spot -- who has the same name as the popular fictional puppy -- uses cameras to estimate the number of visitors. 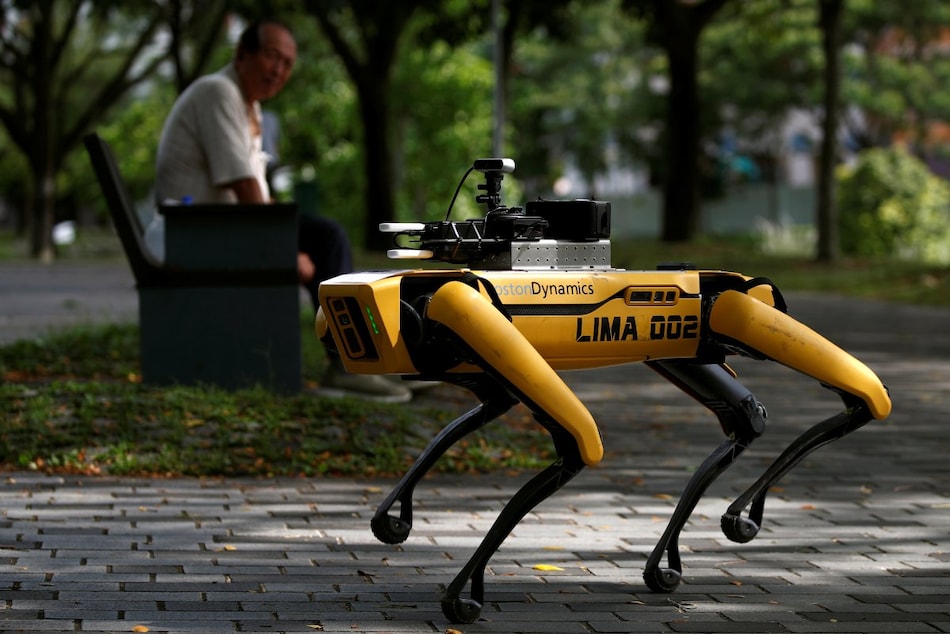 The hi-tech hound is remote-controlled and can clamber easily over all types of terrain, which its creators say means it can go where wheeled robots cannot.

As it trots through the park, Spot -- who has the same name as the popular fictional puppy -- uses cameras to estimate the number of visitors.

And the robot blasts out a message to ensure joggers and walkers keep their distance to limit the spread of the coronavirus: "For your own safety and for those around you, please stand at least one metre apart. Thank you."

Spot, which is being trialled over a three-kilometre (1.8 mile) stretch of the park, also has sensors to ensure it does not bump into people.

Developed by US company Boston Dynamics, Spot is best known for a video where the robot showed off its moves by bopping to Mark Ronson hit "Uptown Funk" -- and which has been viewed over 6.8 million times on YouTube.

On a recent outing, curious onlookers stopped to watch Spot as the four-legged invention passed by and snap pictures on their phones.

Gu Feng Min, a visitor from China out for a walk, said the robot was "cute" and useful as a way to "determine how crowded the place is".

Others had misgivings, however.

"I think it's really going to be chilling in a way -- something is looking around and I'm not sure how it's going to react to me when I go near it," local resident Simon Neo told AFP.

Singapore authorities have played down privacy concerns, saying Spot's cameras cannot track or recognise specific individuals and no personal data will be collected.

The city-state has reported over 29,000 virus cases, mostly among migrant workers living in dormitories, and 22 deaths.