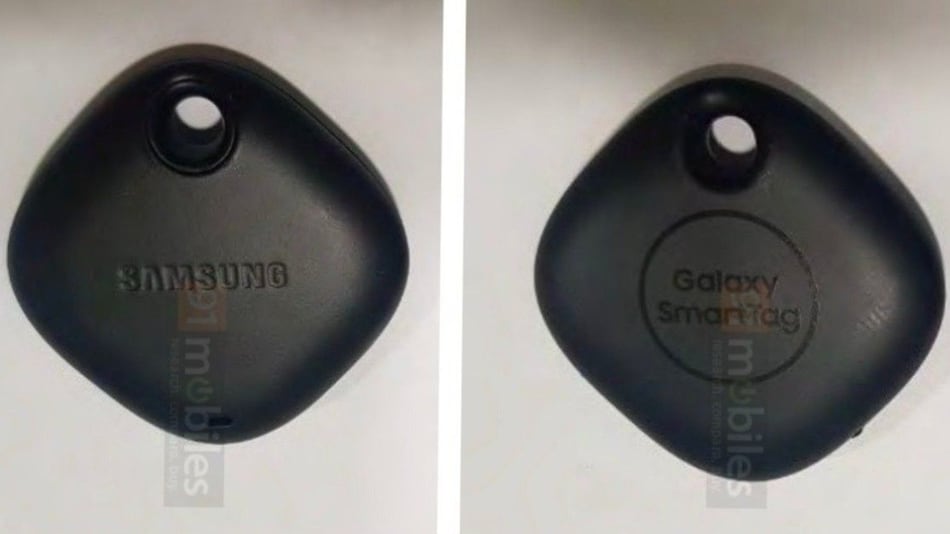 This could be our first look at Samsung Galaxy SmartTag

Samsung Galaxy SmartTag, which is expected as Samsung's answer to Apple's rumoured AirTags, has now surfaced live in a few images. The fresh images are said to be part of certification documents submitted with Taiwan's National Communications Commission (NCC). Previous reports suggested that the Galaxy SmartTag would come in two different colour options and feature the ability to help users find lost things. The Bluetooth tracker is also likely to have compatibility with Samsung's SmartThings Find feature to locate Galaxy devices.

91mobiles reports that the Samsung Galaxy SmartTag live images have surfaced on the NCC website. The online listing is also said to confirm the name of the device along with its model number EI-T5300. This is the same model number that appeared on an Indonesian certification earlier and is also a part of a listing on the Federal Communications Commission (FCC) site.

The purported live images suggest that the Galaxy SmartTag may just be reminiscent of popular Tile trackers and come with a hole to put a strap. However, the different images don't all show an identical design, and so the images could be of a prototype device.

The latest listing also doesn't provide any specifications of the Samsung Galaxy SmartTag, but some previous reports did suggest some details. These include Bluetooth v5.1 support and compatibility with the SmartThings Find feature that uses Bluetooth Low Energy (BLE) and Ultra Wideband (UWB) to find misplaced Galaxy devices.

Samsung is likely to unveil the Galaxy SmartTag alongside its Galaxy S21 series later this month. The launch could take place as early as January 14.