Twitter Mistakenly Verifies Fake Accounts, Suspends Them After Being Calling Out

At least six fake accounts that received Twitter’s verification were created on June 16. 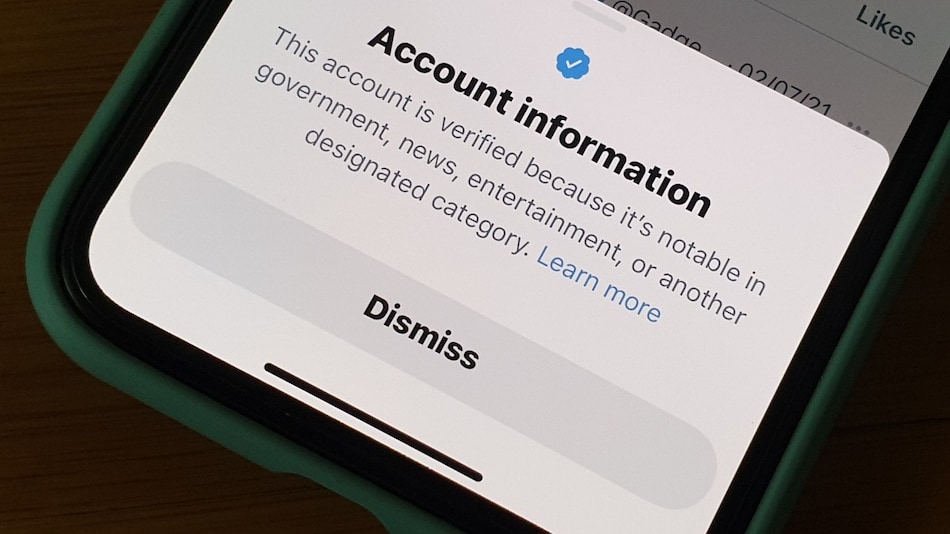 Twitter restarted profile verification for its users in May

Twitter on Tuesday said that it mistakenly verified a “small number” of fake accounts that it has now permanently suspended after they were called out on the platform. The development comes less than two months after Twitter restarted its profile verification programme for users. The microblogging platform made its new verification process limited to six categories, namely government; companies, brands, and organisations; news organisations and journalists; entertainment; sports and gaming; activists, organisers, and other influential individuals.

Data scientist Conspirador Norteño brought Twitter's verification blunder into limelight by calling out six verified accounts that were created on June 16. None of them had posted a single tweet since their creation and all had mostly the same followers that were created between June 19 and 20. Two of the accounts in question even appeared to have been using fake profile pictures.

Meet @aykacmis, @degismece, @anlamislar, @aykacti, @kayitlii, and @donmedim, a sextet of blue-check verified Twitter accounts created on June 16th, 2021. None has yet tweeted and all have roughly 1000 followers (and mostly the *same* followers).

Norteño said that the common follower accounts were a part of a botnet consisting of at least 1,212 accounts.

These six newly-created verified accounts have 977 followers in common. One is @verified (which follows all blue-check verified accounts). The other 976 were all created on June 19th or June 20th, 2021, and all follow the same 190 accounts. #Astroturf pic.twitter.com/N6kkh2DBZ3

Once the issue gained some attention, Twitter suspended five out of the six verified accounts, while the sixth appeared to have been deactivated on its own.

A Twitter spokesperson acknowledged the problem in an emailed statement to Gadgets 360. “We mistakenly approved the verification applications of a small number of inauthentic (fake) accounts. We have now permanently suspended the accounts in question, and removed their verified badge, under our platform manipulation and spam policy,” the spokesperson said.

Although Twitter was able to take action quickly, it is not clear how the fake accounts were able to receive the verified badge. It is also important to note that the company took action and suspended the accounts only after it was reported on the platform. Furthermore, the company did not provide clarity on whether any underlying changes are being implemented to restrict fake account from being verified in the future.

Twitter restarted its anticipated profile verification by introducing a new application process and updating its eligibility criteria in May — months after taking public feedback and enforcing the policy to automatically remove the verification badge from accounts that no longer met the updated criteria. However, just over a week after restarting it, the company paused accepting new verification requests from users and later restored the process in early June.

Last week, Twitter addressed user concerns over not getting verified even though they believed to be eligible and said it would start providing more details in emails about why a verification application did not get approved.