Fitbit OS 5.2 update will start rolling out to Fitbit Sense and Fitbit Versa 3 users over the next couple of weeks. 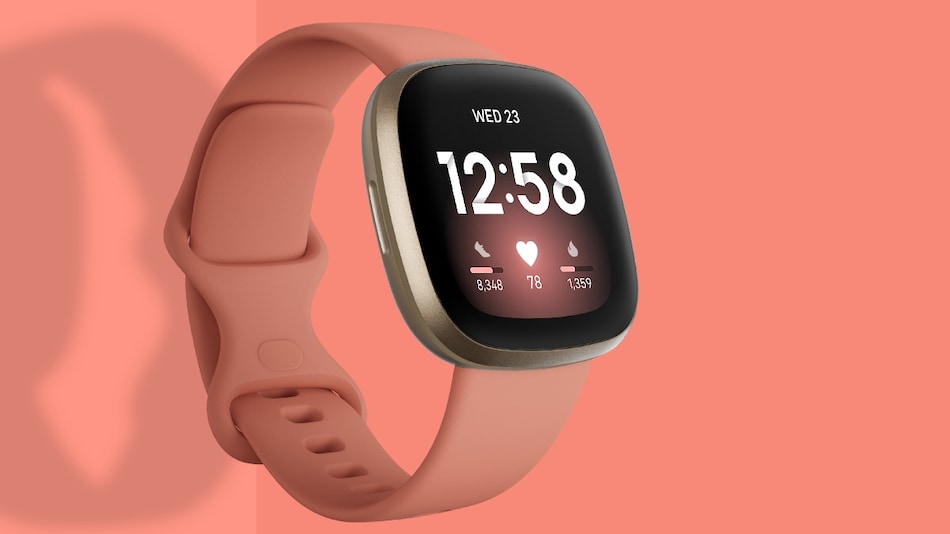 Fitbit Sense and Fitbit Versa 3 wearables will be getting a new Fitbit OS 5.2 update. New features with the update include Google Assistant support, Hindi character support for notifications, and the ability to swap your clock face without leaving the main screen. Fitbit Sense and Fitbit Versa 3's latest update also brings support for nightly SpO2 (blood oxygen saturation) level tracking for Indian users. Fitbit says that two new goal celebrations will also be made available to all smartwatches with bright and colourful animations.

The company says that Fitbit OS 5.2 will start rolling out to Fitbit Sense and Fitbit Versa 3 users over the next couple of weeks. The new update will bring Hindi character support for all on-device message alerts and notifications. Both Fitbit Sense and Fitbit Versa 3 will get nightly average SpO2 tracking and will offer data from the previous night's sleep. This feature will be rolled out only to Indian users for now.

Fitbit Versa 3 is also getting the ability to personalise high and low heart rate notifications. This feature is already available for Fitbit Sense users, and it essentially helps to better understand heart health. It enables users to receive on-wrist and in-app notifications if their device detects that the heart rate has gone above or below the regular threshold.

There's also a new on-device clock face switcher rolling out with the update and it lets you swap the clock face without leaving the main screen. This can be done by long pressing the clock face for a few seconds to open the Clocks app to choose from a selection of up to five clock faces. As mentioned, the update also brings two new goal celebration animations as well.

Fitbit is rolling a new Snore and Noise Detect feature to a limited number of Premium users. This feature detects when you fall asleep and the microphone on Fitbit Sense or Versa 3 samples sounds every few seconds to monitor snoring and the ambient noise level in the bedroom. This helps users to better understand their sleeping environment with a sound analysis of their sleep. It enables users to discover what might be disrupting their sleep and causing restlessness. This feature will initially be rolled out to users in India, Australia, Canada, France, Germany, Ireland, New Zealand, UK, and US.

Fitbit is also bringing support for Google Assistant and Alexa voice assistance. The latter has been introduced to 10 additional countries in the world. Users from India will have the added capability to receive replies in the Hindi language from the on-device voice assistant.

Classic Loki Richard E. Grant on Doctor Who Comparisons and the Suit’s Great Disappointment
Twitter Mistakenly Verifies Fake Accounts, Suspends Them After Being Calling Out