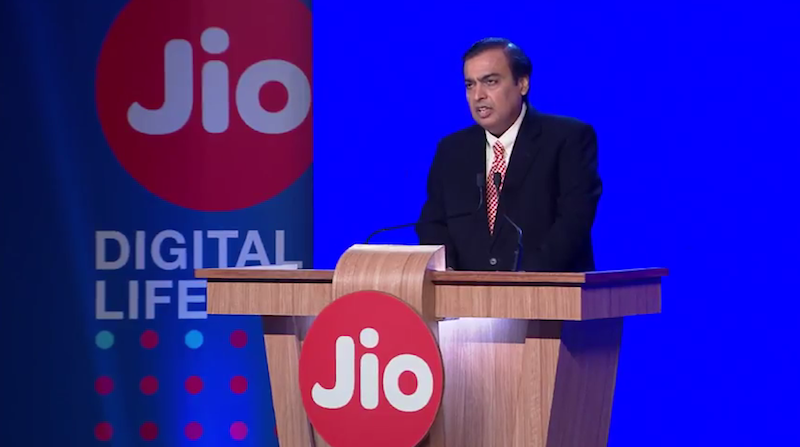 Announcing that Reliance Jio now has over 100 million users within 170 days of the service's launch, Reliance Industries Chairman Mukesh Ambani on Tuesday launched the new Jio Prime subscription plan that offers the same free data and other that services customers have received as part of the Happy New Year Offer for another 12 months at Rs. 303 per month. This comes out to Rs. 10 day per for the unlimited data, calls, text messages, and other services that users get as part of Jio's Happy New Year Offer.

Reliance Jio Prime Subscription Plan: Everything You Need to Know

Once Reliance Jio users have signed up for Jio Prime plan, they will have to make a monthly payment of Rs. 303 for the free data and services. The plan comes into effect on April 1, 2017, the day the existing Jio Happy New Year Offer expires.

Those who do not opt for the Jio Prime subscription plan will be ported to the prepaid or postpaid Reliance Jio tariff plans, which the company had announced in September 2016 while launching its services. Ambani stressed that despite the free data plans not being valid starting April 1, all voice calls on the network will remain free indefinitely - with no roaming charges.

Additionally, Ambani said that Jio will continually strive to be the most value-for-money telecom operator in the country. He said that with a large number of bundled data and unlimited calling plans have given rise to "data and value fatigue," which entail missing out on the best value for the price users are paying for their mobile plans.

To address this, Jio will set up a process of monitoring all publicly announced plans from all operators across the country on a regular basis, he said. Jio will then not only match the highest-selling tariffs of each of the leading operators but also provide 20 percent more data than the respective highest-selling plans. This will be in addition to the Jio prepaid and postpaid plans that have already been announced by the company.