Ola's First Electric Car May Come as a Premium Offering, Could Be Priced Between Rs. 40 to 50 Lakh

Ola Electric will introduce its first electric car in 2024. 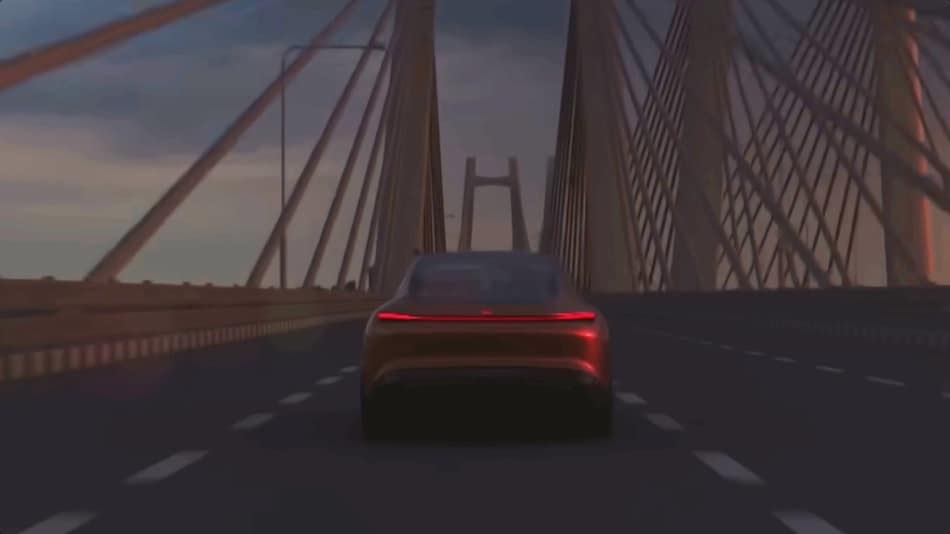 Ola's upcoming EV will have a range of 500km

Ola Electric is working on its first electric car and it will be launched in the Indian market sometime in 2024. The first electric four-wheeler from the company will have a range of over 500km on a single charge and is claimed to go from 0-100kmph within 4 seconds. In an update, Ola CEO Bhavish Aggarwal has reportedly teased the price details of the upcoming electric car. It would debut as a premium offering in the country. Ola Electric made its entry into the EV space last year with the launch of Ola S1 and S1 Pro electric scooters. It recently unveiled its new S1 electric scooter priced at Rs. 99,999.

As per a report by Cartoq, Bhavish Aggarwal, CEO, and Co-Founder of Ola Electric reportedly confirmed to PTI that the first electric car from the company would be priced between Rs. 40-50 lakh. The report quotes Aggarwal as saying "Ola's product range will span Rs. 1 lakh (entry two wheelers) to Rs. 40-50 lakh (premium electric car) and the company's vision is to be a global leader in mid-size, small and premium electric cars which are suitable for markets and consumers like India. The e-car will be the 'fastest and sportiest' in India. We definitely have a full roadmap in the works in the car space."

During the virtual launch event of Ola S1 on August 15, Ola announced that it will introduce its first electric car in 2024. It is claimed to arrive as one of the fastest cars in India and is said to go from 0-100kmph within 4 seconds. It will have a range of over 500km on a single charge. Further, the EV will feature a glass roof and will run on the company's MoveOS software. It is also confirmed to include assisted driving capabilities, and keyless and handless doors.

The new Ola S1 succeeds Ola S1 Pro from 2021 and is offered in Coral Glam, Jet Black, Liquid Silver, Neo Mint, and Porcelain White colour options. It runs on MoveOS 2. The Ola S1 has a battery capacity of 3KWh. It has a top speed of 95kmph and offers an ARAI range of 141km and a normal range of 101km.