The new range of Vu Ultra 4K TVs will go on sale via Amazon later today. 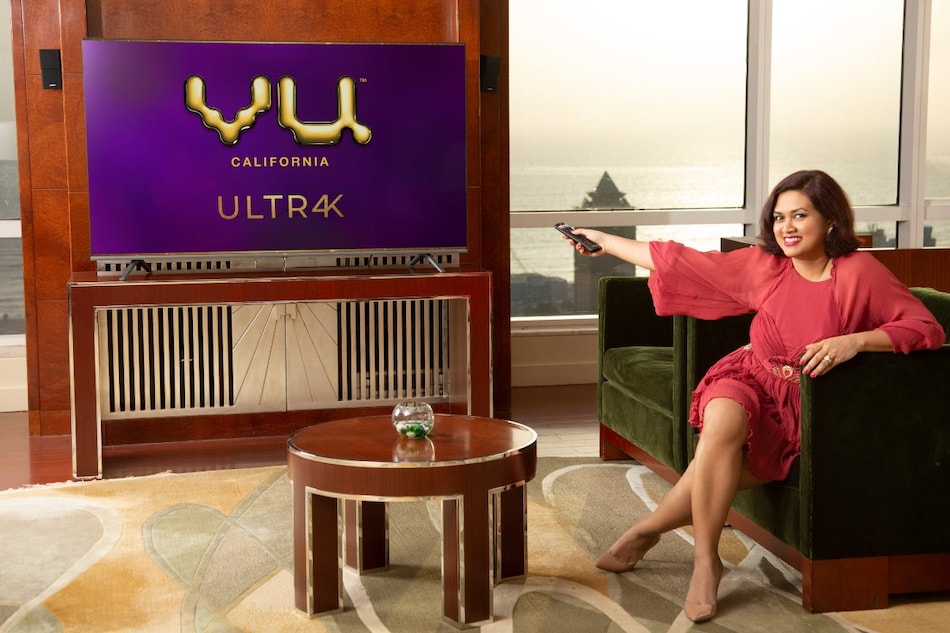 Vu Televisions on Wednesday expanded its range of 4K Android smart TVs in India by launching new models in 43-, 50-, 55-, and 65-inch sizes. The new range of Vu Ultra 4K TVs comes with an ultra-edge 4K display that is claimed to deliver 40 percent enhanced brightness and include a dedicated backlight controller. The TVs also come with a Pro Picture Calibration that lets viewers adjust gamma correction, noise reduction, colour temperature, and other technical aspects. Further, Vu has offered preloaded Amazon Prime Video, Netflix, and YouTube apps as well as access to Google Play.

Vu has offered the ultra-edge 4K (3,840x2,160 pixels) DLED (Direct LED) display on its new 4K TV models, with 400 nits of brightness. Direct LED displays include a full array of LEDs behind the LCD panel to illuminate the screen. The display panel that comes in four different screen sizes also supports Dolby Vision, HDR10, and Hybrid Log Gamma (HLG) standards. On the part of audio output, the TVs have Dolby Digital+ and DTS Virtual:X surround sound technologies. There are also two speakers across all models. Further, the TVs will come with distinct audio modes, including Standard, Theatre, Sports, Music, and late Night.

The Vu Ultra 4K TV models have an Upbeat Surround Sound feature that enhances the audio output to provide an immersive experience. There is also a Parental Block feature to let parents restrict inappropriate content and control what their kids should watch.

Saraf also mentioned that Vu didn't see any tough competition from newcomers including OnePlus and Realme. “I don't think it doesn't really make a dent to us. Maybe, these new guys are eating into the competition, eating into the market share of already low-cost, cheap players,” Saraf said.

Vu sold over 6,50,000 TVs in 2019, though due to COVID-19 that has impacted the purchasing power of individuals and adversely affected supply chains globally, the company hasn't projected its total sales for this year.