Google Pixel Watch might feature a heart rate sensor on the back. 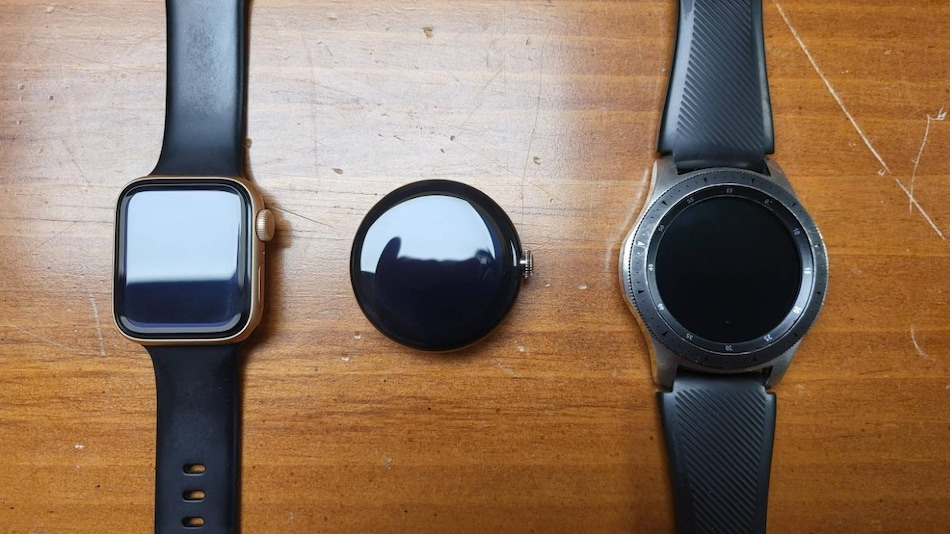 Google has been rumoured to be working on a Wear OS-powered smartwatch codenamed Rohan. The company has not revealed any information regarding this smartwatch. Now, Google has trademarked the 'Pixel Watch' phrase at the United States Patent and Trademark Office (USPTO). Furthermore, this smartwatch is now believed to have reached the internal testing phase. A Google Pixel Watch has been allegedly found at a restaurant in the United States. The supposedly leaked live images of this smartwatch reveal the previously rumoured circular dial with minimum bezels.

In the USPTO trademark filed by Google, the phrase ‘Pixel Watch' has been trademarked for smartwatches and smartwatch accessories. It does not reveal any other information about this product.

In related news, Android Central has shared alleged live images of the Pixel Watch. The supposed leaked images are of a smartwatch model intended for internal testing. As we mentioned earlier, it was reportedly found at a restaurant in the US. These images corroborate the claims made by past leaks and reports which suggested this smartwatch could sport a circular dial with minimal bezels. There is allegedly a single button next to the crown. It appears that the bands attach directly to the watch case, which might pose a problem while swapping bands. It is said to sport a heart rate sensor on the back. The smartwatch allegedly did not go beyond the boot screen. However, it is expected to feature WearOS 3 at launch.

The alleged tipster has also started an AMA thread on Reddit revealing more information about the Pixel Watch. It is reportedly 12.7mm thick and has a diameter of 38.1mm. The rear is said to sport a glass finish and have a very rounded shape for minimal contact with the skin while wearing. The side speaker grille is said to have a hole above for a microphone or altimeter. The tipster supposedly tried to charge the smartwatch via two Qi chargers and the Power Share feature on Samsung Fold 3 and Pixel 6., but wasn't able to. This suggests that Google could have limited this prototype model to be charged by an internal power source.

Samsung Galaxy A33 5G Packs in Everything You Need in a Mid-Range Smartphone Under Rs 30,000