Google Pixel Watch might be unveiled during Google I/O 2022. 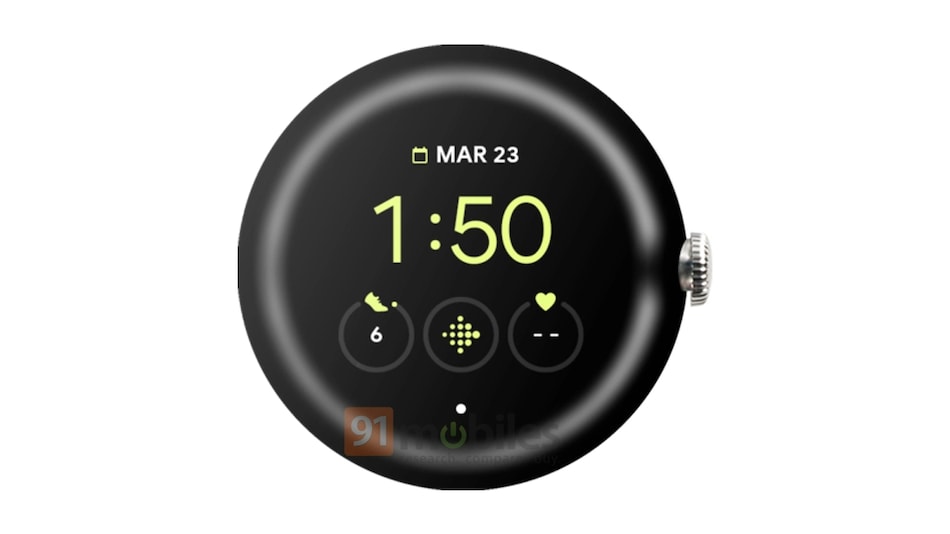 Google Pixel Watch appears to be inching closer to its launch. A new render of this upcoming smartwatch has been shared by a tipster, and it falls in line with previous supposed leaks and images. Furthermore, the tipster supposedly spotted the smartwatch - said to be codenamed Rohan - on a Google partner site. The Pixel Watch will be the first Google-branded smartwatch when it is eventually released. It was recently tipped to be unveiled during the upcoming Google I/O 2022 event, which will be held next month.

The new supposed render of the Pixel Watch from reputed tipster Evan Blass (aka @evleaks) in collaboration with 91Mobiles depicts a circular dial with a bezel-less design, a physical crown, and Fitbit integration. The image does not reveal any other aspect of this upcoming smartwatch; even the straps are absent. However, this design conforms with other previous renders that depict a round bezel-less dial. The Pixel Watch is expected to have a cellular variant and arrive with a 32GB storage option. It could feature an upgraded Google Assistant experience. The smartwatch is believed to be powered by a Samsung Exynos chipset. Google has not yet officially released the design or specification details of this widely anticipated smartwatch.

Blass in an earlier tweet shared imagery of the 'Pixel Rohan' being listed on a partner site, and the listing suggests that the 'Pixel Rohan' would run on Wear OS 3.1. He also hints that this smartwatch could be released soon. As we mentioned earlier, this Google-branded smartwatch has been tipped to launch during the Google I/O 2022 event, which is being held from May 11 to May 12. This conference will have a limited live audience but enthusiasts can watch the whole event through the livestream for free. You can head over to the official Google I/O 2022 site to register for a virtual pass to the event.