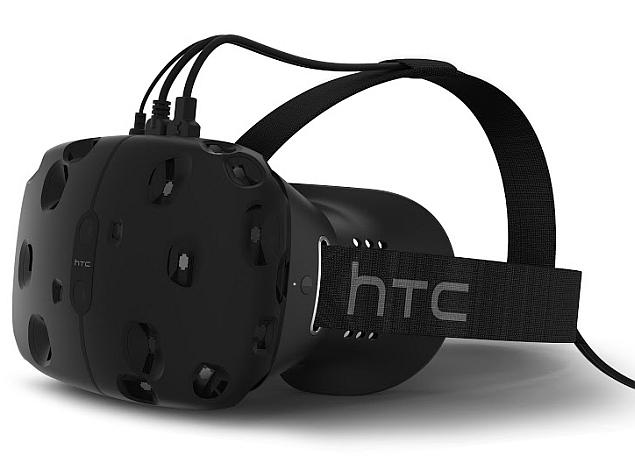 HTC has announced its first virtual reality (VR) headset at MWC 2015 in Barcelona, the HTC Vive, built in collaboration with Valve. The HTC Vive Developer Edition will be launched this Spring, while the consumer edition will be available by the end of 2015. The VR headset will be available across markets, but exactly availability with be disclosed locally. Not pricing has been announced yet.

The Taiwanese manufacturer says the HTC Vive combines Valve's Steam VR 'full room scale 360-degree solution' with controller tracking for the wireless HTC VR Controllers. With the total package, HTC says users can walk around and explore their virtual space, inspect objects from every angle and interact with their surroundings.

Cher Wang, Chairwoman of HTC, commented on the launch in a statement, "It's rare that a company has an opportunity to forever transform the ways in which people interact with the world and communicate with each other but that is exactly what we plan to do with Valve."

"We achieved this once before with our development of smartphone technology" Peter Chou, CEO of HTC added, "And, through our partnership with Valve, we'll now be doing this for a second time with VR technology of which consumers could only previously dream."

(Also see: HTC One M9 First Impressions: Do the Evolution)

"Our collaboration with HTC is driven by the companies' shared desire to produce the most compelling and complete VR experience," said Ken Birdwell of Valve. "Delivering content creators with the Vive Developer Edition is an incredibly important milestone in our efforts to achieve that goal."

Disclosure: The correspondent attended a pre-MWC briefing in Barcelona at HTC's expense.