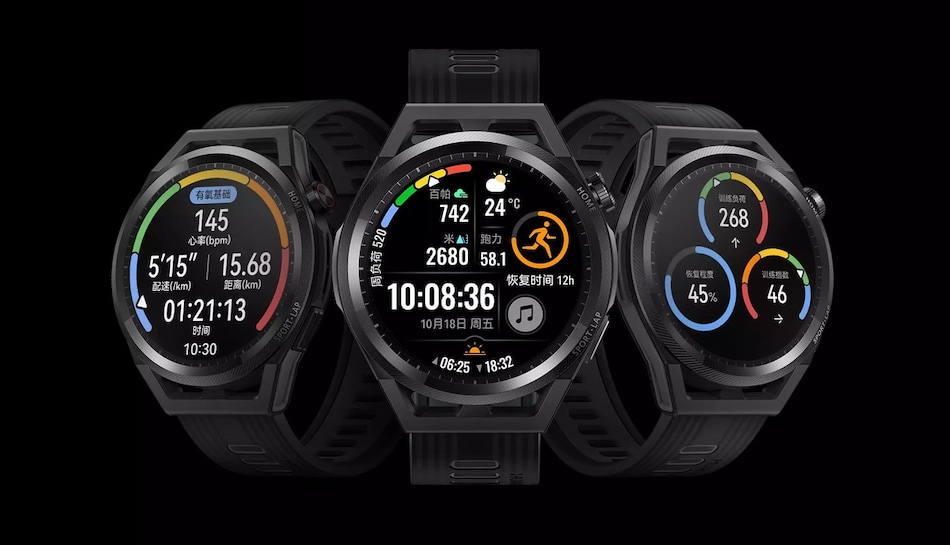 The newly launched Huawei Watch GT Runner is priced at CNY 2,188 (roughly Rs. 25,500). The Huawei smartwatch is currently available for pre-order and its open sale will begin on November 26. Interested buyers will be able to purchase the smartwatch through Huawei's V Mall, Huawei experience stores, major e-commerce websites, and authorised retailers. It is offered in Dawn of Light (Gray) and Starry Night Runner (Black) colour options. In comparison, the Huawei Watch GT 3 is priced starting CNY 1,588 (roughly Rs. 18,500).

The Huawei Watch GT Runner runs HarmonyOS sports a round 1.43-inch (466x466 pixels) AMOLED touch display with a 46mm dial. It gets two buttons on the right side with the top button also doubling up as a dial. The new smartwatch from the Chinese tech giant features a whole host of features that monitors health of the user through its TruSeen 5.0+ heart rate monitoring, blood oxygen saturation (SpO2) monitoring, sleep, and stress monitoring. Furthermore, it also gets more than 100 sports modes.

Connectivity options on the Huawei Watch GT Runner comprise Bluetooth v5.2 with a 2.4GHz band and NFC. It also supports bluetooth calling and requires at least Android 6.0 or iOS 9.0 to connect to smartphones. Onboard sensors include gyroscope, accelerometer, compass, geo-magnetic sensor, air pressure sensor, and the aforementioned health monitoring sensors. The Huawei smartwatch has an IP68 rating for dust- and water-resistance (up to 50 metres).

Huawei Watch GT Runner packs a 451mAh battery that can last for up to 14 days with a typical usage and 7 days with heavy usage. Huawei mentions it can be fully charged in 2 hours. The smartwatch measures 46.4x46.4x11mm and weighs around 38.5 grams without the strap.

Meta Antitrust Lawsuit Should Be Allowed by Court to Proceed, US FTC Says