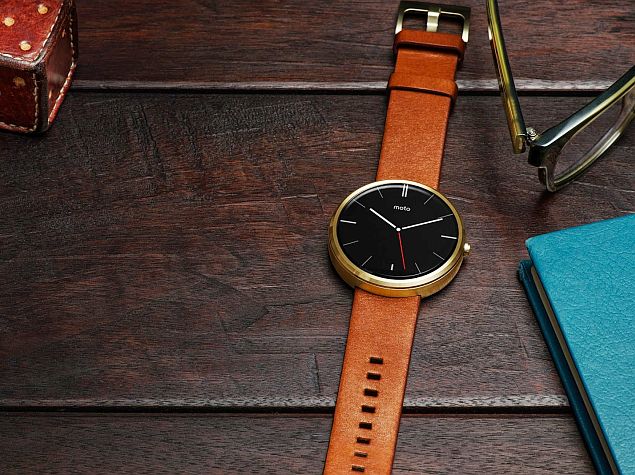 Motorola was working to add its first Android Wear-powered Moto 360 smartwatch to its Moto Maker program and the company on Monday finally launched the expanded service.

The Moto Maker customisation option for the Moto 360 smartwatch is now available in the US and lets users customise their watches before buying them. Motorola on Monday announced the news via Twitter and said, "It's Time to make a #Moto360 yours. Customize one today."

The Moto Maker page provides three customisation options for the Moto 360 (Review) smartwatch, namely the watch case, watch band, and watch face. The selected watch face will appear on the Moto 360, the first time the smartwatch is switched on.

Motorola on its official blog post said, "Introducing Moto Maker for Moto 360. Choose from three case finishes: dark metal, light metal or champagne gold. Then pick one of nine bands, including leather, metal, and our new mono-link design, a modern take on the classic metal band style. Complete your design by choosing one of 11 watch faces. Once you get your watch, it's easy to swap watch faces from our collection or through Google Play."

It's worth noting that until now, Motorola's Moto Maker customisation options were limited to the firm's flagship smartphones - Moto X and Moto X (Gen 2).