5G in India: Does It Make Sense to Buy a 4G Phone Now?

On this week's Orbital podcast, we discuss 4G phones such as the new Moto G72, and whether it makes sense to buy a phone without 5G connectivity today. 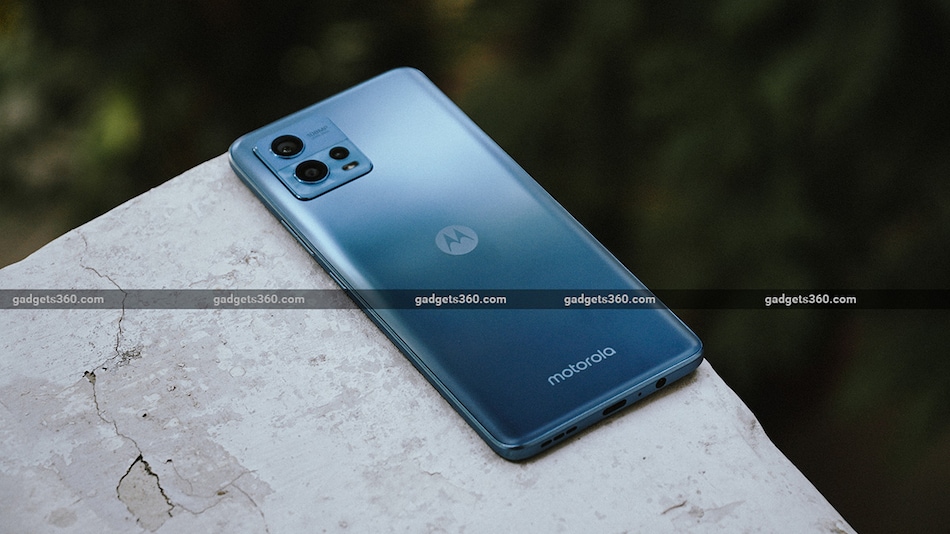 Moto G72 was launched in India on October 3

5G was "launched" in India at the start of the month, but it looks like the next-generation network technology could take well over a year before it is rolled out across the country, with support for compatible phones. If you're in the market for a new smartphone, should you consider purchasing a 4G smartphone — such as the recently launched Moto G72 — with slightly better specifications, instead of a similarly-priced 5G capable smartphone? The answer might not be a straightforward one, as we discuss on this week's episode of the Gadgets 360 podcast, Orbital.

Both Jio and Airtel have announced limited access to 5G connectivity in specific cities, in time for the festival season. But it looks like it will be a while before everyone with a compatible smartphone will have access to 5G connectivity. Orbital host Akhil Arora talks to Senior Reviewer Sheldon Pinto and Reviewer Pranav Hegde about planning your next smartphone purchase on this week's episode of the Gadgets 360 podcast.

When it comes to picking a budget or affordable smartphone, Pranav says that it would be safer to buy a 4G phone that offers better value for money, rather than buying a 5G phone that may not offer comparable features in the same price range. While 5G plans and pricing are yet to be announced, they can be expected to be more expensive compared to 4G plans.

Akhil and Sheldon both point out that the most important factor for 5G delivery in India will be speeds, and as the networks get more crowded and congested, we will have a better picture of 5G network performance in the country. Pranav adds that during the recent Dussehra celebrations, he saw four bars with 4G connectivity on his smartphone, but WhatsApp and Twitter were not working reliably.

While Sheldon says that many people have asked him to recommend smartphones with 5G connectivity, Pranav says that it is worth considering the longevity of the phone. Buying a budget 5G phone today means they're likely to slow down — making it bothersome to open apps, browsing tabs — by the time 5G connectivity is rolled out across the country. However, midrange smartphones might perform better over time, he adds.

The Moto G72, which was launched in India this week, is equipped with a MediaTek Helio G99 SoC. This chipset offers 4G connectivity, and is also found on a couple of Redmi and Poco phones and the newly launched Redmi Pad, he said, adding that you can even play heavier games on a smartphone equipped with this processor.

Pranav says that Motorola expects 5G to roll out to 40 percent of Indias users by 2027, based on how the technology was gradually made available in South Korea and the US. It looks like we're still a few years away from a comprehensive rollout of 5G connectivity to all users.

All that said — does it make sense buying a 4G smartphone that is priced around Rs. 20,000, when a 5G smartphone offers similar specifications at a cheaper price? Pranav notes that in fact the closest competitor to the Moto G72 is manufactured by Motorola. And it has 5G connectivity. It's the Moto G82 5G, which was launched earlier this year, and costs Rs. 1,000 more than the Moto G72.

Both the Moto G72 and the Moto G82 5G are equipped with 120Hz AMOLED displays, but the former has a 108-megapixel camera, while the latter features a 50-megapixel camera. Aside from these differences, the phones are quite similar.

Outside of Moto, there are several other options to pick from, with smartphone makers flooding the market with 5G capable smartphones. There's the Redmi Note 11 Pro 5G, the OnePlus Nord CE 2 Lite 5G, and the Realme 9 Pro 5G. But buying some of these phones may mean compromising on some aspect of your smartphone's performance in order to gain access to 5G networks.

To hear us delve into all of those aspects in detail, hit the play button on the Spotify player embedded above.