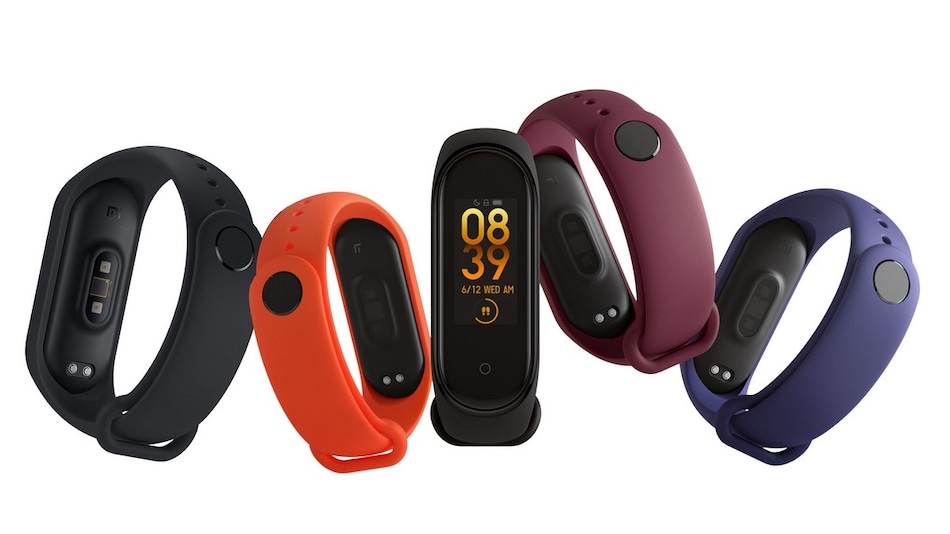 Mi Smart Band 4 that was so far available for purchase on Amazon and Mi.com has now been made available via Flipkart as well, Xiaomi India announced on Monday. The smart band features colour AMOLED panel and six-axis accelerometer sensor. It also offers with 20 days of battery life. It was originally launched in June last year as Mi Band 4 by Xiaomi after which it came to India in September with the Mi Smart Band 4 branding.

As we've mentioned, customers can now buy the Mi Smart Band 4 online from Flipkart as well. The smart band can also be purchased via Amazon and Mi.com. Offline customers will have to visit their nearby Mi Home stores to purchase the product. However, they will also have to be careful about the lockdown guidelines in their respective states. The price of the Mi Smart Band 4 has remained unchanged at Rs. 2,299 ever since it launched in India.

With the Mi Smart Band 4, you get a 0.95-inch colour AMOLED display with 120x240 pixels resolution. It offers a maximum of 400 nits of brightness. It also comes with 2.5D curved glass protection and anti-fingerprint coating.

It has got a 3-axis accelerometer that enables monitoring of physical activities. Inside, there is a 3-axis gyroscope and a PPG heart rate sensor as well. In terms of compatibilities, you can use the Mi Smart Band 4 with phones running Android 4.4 or later and iOS 9.0 or later operating system versions. It packs a 135mAh battery with up to 20 days of battery life. The smart band supports workout modes like outdoor running, treadmill, swimming, and cycling. It can also track sleep patterns and send health alerts.

According to a report, Xiaomi added new functionality to the smart band. The smart band users can unlock their Windows 10 laptops straight from their fitness band. Earlier it was possible only by using third-party apps.