Samsung has finally brought the Galaxy Watch 4G to India 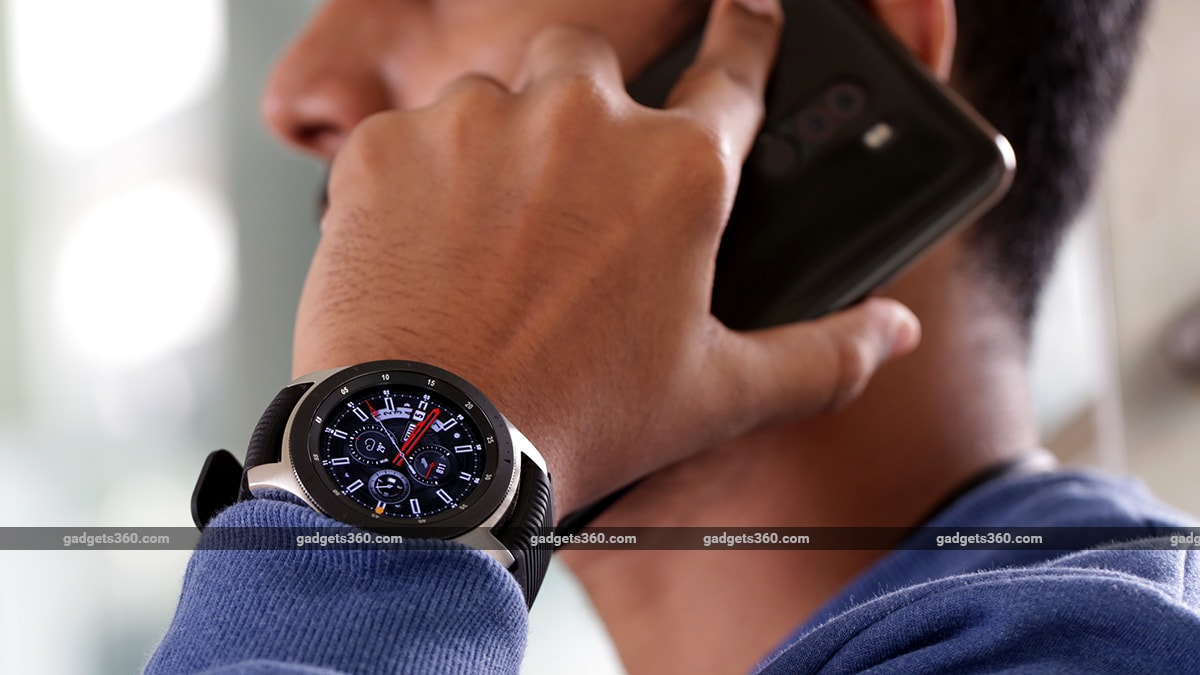 The Samsung Galaxy Watch has been one of our favourite wearables since we reviewed it last year. It has a beautiful design, a useful rotating bezel, and impressive battery life for the kind of functionality it offers. We felt a moment of deja vu when we unboxed the Samsung Galaxy Watch 4G, which the company just recently sent to us for review. Samsung only launched the 4G variant of the Galaxy Watch in India in October this year, even though the rest of the world got their hands on it along with the non-LTE model back in 2018. At the time, e-SIMs were not widely available in India, which could have prompted Samsung to delay the launch. Now that the Galaxy Watch 4G is fully functional in India, should you buy one? We review the Galaxy Watch 4G to find out.

The Galaxy Watch 4G has two buttons on the right side

Since the Galaxy Watch 4G is just a variant of the Galaxy Watch, its design is identical to that of the unit we have already reviewed, and you can read about that in detail right here. It still is one of the best designed watches we've reviewed. This variant, the Galaxy Watch 4G, also comes in two sizes: 42mm and 46mm. If you opt for the smaller one you can choose between Black and Rose Gold, whereas the bigger size is available in Silver only. We have the 46mm variant for this review.

We still find the rotating bezel helpful for navigating through the menus, and we like its clicky design. This helps us know exactly the amount of input we've dialled in. The 1.3-inch AMOLED display is seated lower than the bezel and has Corning Gorilla Glass DX+ to help prevent scratches. We liked this display as it was crisp and bright enough to be visible outdoors.

There are two buttons on the right side of the device, both of which have a textured pattern making them easy to distinguish. The upper one is the Back button, while the other is the Home button. Below the Home button is a microphone which can be used for taking calls on the watch. The left side of the watch has only a speaker.

The heart-rate scanner at the back is accurate.

On the bottom, you'll find the heart-rate sensor and the hardware for wireless charging. The wireless charger in the box remains the same as the one we used with the Galaxy Watch. It still has a Micro-USB port, but an update to USB Type-C would've been appreciated. The Galaxy Watch 4G is IP68 rated and is water-resistant up to 5ATM.

Our 46mm Galaxy Watch came with a 22mm watch band made out of silicone. It was easy to remove and can be replaced by any band of the same size. We found the stock band comfortable even when we were sweating.

The Samsung Galaxy Watch 4G uses Samsung's Exynos 9110 SoC, which is a dual-core processor clocked at 1.5GHz. The Galaxy Watch has 1.5GB of RAM and 4GB of internal storage which can be used to store music and apps. The Galaxy Watch also lets you pair Bluetooth headphones to it directly, eliminating the need for a smartphone in daily use (though you still need one to set it up).

The Galaxy Watch 4G runs Samsung's Wearable OS which is based on Tizen. It can be paired with Android as well as iOS devices. In terms of app support we found it to be limited compared to Google's Wear OS and Apple's WatchOS. Samsung has tried to reduce reliance on third-party apps by offering lots of features right out of the box. In terms of connectivity, the watch has Bluetooth 4.2, Wi-Fi 802.11 b/g/n, NFC, A-GPS, Glonass, and 4G LTE. It also has an accelerometer, gyroscope, barometer, heart rate sensor, and ambient light sensor.

The underlying software is identical to what we used when we reviewed the Galaxy Watch late last year, so we recommend that you check that review for details. The Galaxy Watch 4G's cellular connectivity needs to be set up using the Galaxy Wearable app on your smartphone. In India, only Airtel and Reliance Jio offer e-SIM functionality so you'll need to have a subscription with either provider for 4G connectivity on the watch.

LTE lets you take calls right on the watch.

We used our Galaxy Watch 4G with a Jio e-SIM which was easy to set up. The SIM card needs to be inserted into the smartphone you use to set up the watch. The watch smartly switches off its own 4G capabilities when paired with a smartphone, and back on when you move out of range. You can override this and keep the watch connected to a 4G network at all times, but this will have an impact on battery life.

Samsung's AMOLED display on the Galaxy Watch 4G is vivid and has good viewing angles. Screen brightness is adjusted automatically based on surrounding lighting conditions. The bezel makes navigating easy, and we liked the simple UI of the smartwatch.

We did not notice any lag or stutter while using the Galaxy Watch 4G, and the overall experience was snappy. In fact, we found it snappier than the Apple Watch Series 5 (Review), which we tested recently. The Galaxy Watch packs in quite a few fitness features, so for example, we were reminded to move if we sat at our desks for a while. This is a very handy feature that could help you avoid sitting without any movement for too long. When we stepped out for a walk, the device would automatically detect this and begin logging our steps. We walked 1,000 steps and the Galaxy Watch 4G registered 990 which is an acceptable deviation, though we have seen better results from other devices such as the Amazfit Bip Lite which we recently reviewed.

The Galaxy Watch 4G also tracks heart-rate all the time, and is set to measure it at 10-minute intervals by default. You can change this to Always-on, but it will decrease your battery life. One neat touch that we noticed was that the watch would automatically switch to continuous heart-rate tracking during workouts, saving us the effort of doing so. Heart-rate tracking was accurate when we compared this device against an Apple Watch Series 5.

Sleep tracking was also accurate, and the Galaxy Watch 4G could log our sleep and wake-up times correctly. However, we didn't like wearing the watch while sleeping, as it was neither as compact nor light as the Amazfit Bip Lite (Review) or fitness bands such as the Mi Band 4 (Review) and the Honor Band 5 (Review).

Battery life on the Galaxy Watch 4G will vary based on how you use the different features of the device. Using it straight out of the box with 4G set to auto, without the always-on display feature, with heart-rate tracking set to 10-minute intervals, and constantly connected to our Samsung Galaxy S10+ (Review) device, it lasted us for about four days. During this time we were constantly checking notifications on the watch. When we switched on 4G, enabled the always-on display and took a few calls through the device, battery life went down to just two days. Charging took a long time. This wearable device charges to 35 percent in an hour and takes close to three hours to be charged completely.

We are reviewing this 4G variant of the Galaxy Watch about a year after we reviewed the Wi-Fi variant, and not much has changed in the wearables space since then. WearOS has still not managed to make any huge strides, and while the Apple Watch Series 5 does manage to do a lot, it is limited to working only with Apple devices, and commands a premium.