Apple will rely on self-reported tracking information rather than verifying developer claims, the company said. 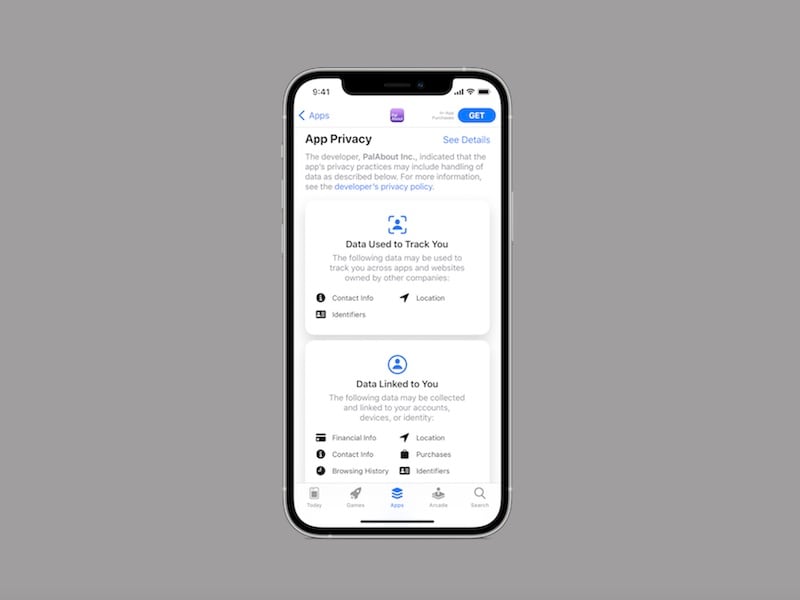 Apple is launching its new privacy policies and upcoming apps will come with a label to tell you about the data that they're collecting. The company already announced this earlier this year, and now it's updating its published policies so that users are more aware of the decisions. But some app makers say this gives Apple an unfair advantage, and that it's not protecting user privacy, but rather, monopolising it. Apple has also promised that it will manually review reports of apps that don't represent their data collection properly, that could render the exercise moot, given the scale of the App Store.

Apple's new privacy page, updated on Monday night, used to just talk about app permissions, but now it clearly talks about user data and promises easy-to-read summaries. Apple said that this will be a glanceable, easy-to-use summary of developers' self-reported privacy practices.

“We are now starting to publish this information for users across all our platforms. This reporting of privacy processes is part of the app submission for all users, including Apple for its own apps,” an Apple executive explained.

However, not all developers agree. Last week, WhatsApp criticised the move, and said that mandating “privacy nutrition labels” on the App Store gives Messages, Apple's pre-installed messaging app, an unfair advantage. Apple responded by saying that all of its apps will also get labels on the Web — although of course, since they are not on the App Store, a user will have to go searching to come across this information.

Apple, however, also stressed that this process is still developing. “It's creating an easy-to-use system for all apps, and will evolve over time,” the Apple executive said.

“This new privacy information is required for all apps in all of our app stores — including iOS, iPadOS, macOS, watchOS, and tvOS — when developers submit updates or new versions,” the company added. “This reporting of privacy practices is part of the app submission process for all developers, and the same questions must be answered by every app developer globally, including Apple.”

The App Store label will show the type of data an app is collecting, and whether that will be used to track the user, and also whether this data will be linked to a person. If your information is used in an app and then linked to data from another app or website or platform, Apple sees it as tracking. And data linked to a user is tied to your identity via your user account on the app, your device, or other details.

Going forward, developers will be able to create and update the labels on the developer portal — there is a form that contains all the information they can fill, and this will then be displayed on the App Store. This information is not going to be verified by Apple, the executive explained — instead, it will rely on community reports.

“We will rely on self-reporting, this works well for a number of things, like Age Ratings,” Apple said. “If we come to hear or understand that there might be inaccuracy, we will reach out to that developer to try and understand if there is an inaccuracy.”

Gadgets 360 clarified that this means Apple will not take automated action against a developer if there are user reports about data collection that is not on the nutrition label. An executive said, “we will personally speak to them,” in case of any inaccuracies.