Apple promised that there will be strict privacy for the user's data. 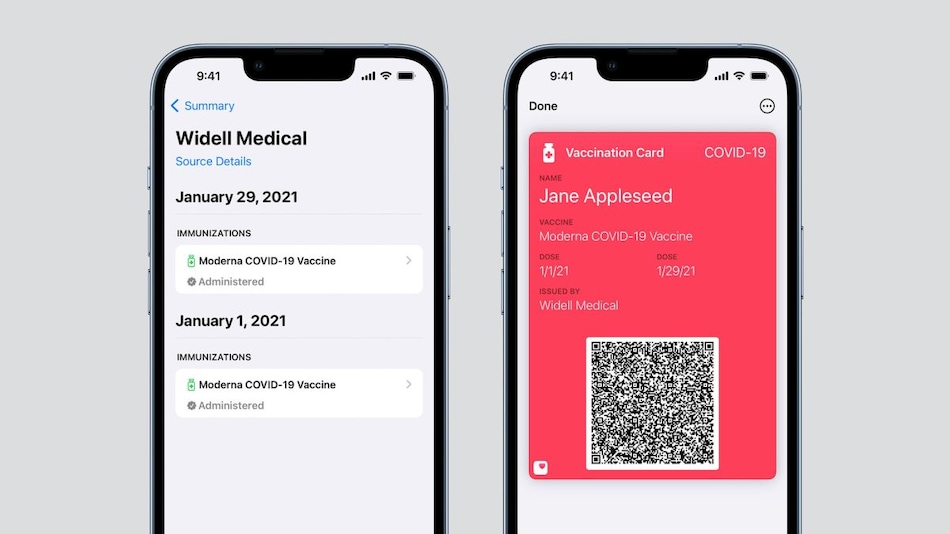 As per Apple, the new feature will take advantage of the international SMART Health Cards standard (already in use in several states in the US) to produce proof of vaccination, sign it with a private key, and create a public key to verify your information.

Also, the just-released iOS 15 already allows users to store verifiable vaccination and test results in the Health app using the same standard. One will receive their records through QR codes, downloadable files, or healthcare providers who use Health Records on iPhone.

The Cupertino company has also promised that there will be strict privacy for the user's data. Apple would not have any access to the imported or shared records of the users, and users have also been told that all information must be encrypted and it should be securely stored when transferred elsewhere. Apple also would not be able to see vaccination cards or how the users have used them.

Here's what Apple announced on the new feature on its developer site:

Organizations that issue SMART Health Cards will soon be able to use a new button to let users know that they can securely download and store their vaccination information in the Health app and quickly add and present it from Wallet. Artwork and usage guidelines will be available soon.