Snapchat Redesign Defended by CEO, Says 'Celebrities Are Not Your Friends' 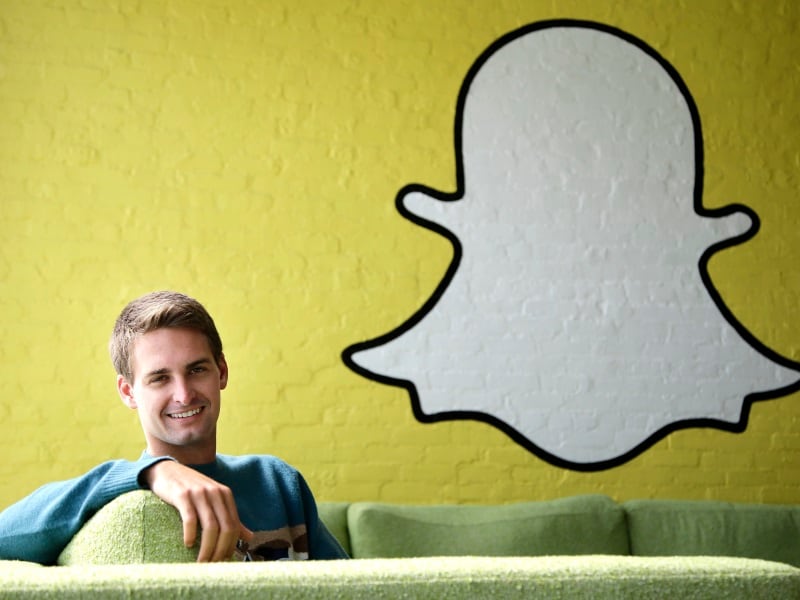 Snapchat has dug itself in even deeper into controversy after CEO Evan Spiegel announced that the infamous redesign of the social media app would not be rolled back, and is here to stay. Spiegel reaffirmed his trust in the app's redesign at the Goldman Sachs Internet and Technology Conference on Thursday. He said that the new format will need some time to get used to and that the user complaints instead "validate" parent company Snap's choices.

In a major change to its Android and iOS apps earlier this month, Snapchat had segregated stories from friends and verified celebrities to help them create a brand identity and possibly enable personalities to make more money from the platform. However, millions of users have rejected the decision by signing online petitions and expressing displeasure through numerous posts on social media.

Responding to angered users, Spiegel stated, "People are saying, 'I used to feel like this celebrity was my friend and now they're not my friend anymore.' Exactly. They're not your friend." He also claimed that "It'll take time for people to adjust, but for me using it for a couple months I feel way more attached to the service."

Snapchat has been facing competition from the likes of Instagram and Facebook ever since the latter two launched a similar Stories feature on their respective platforms. It was also recently reported that Instagram Stories had crossed the DAU (Daily Active Users) count of Snapchat. Separately, however, a study by eMarketer stated that Facebook was losing its younger audience to Snapchat. The report claims Snapchat has a slight edge when it comes to the demographic aged between 18 to 24 years old in the US.