WhatsApp Rolls Out Message Reactions for Android Users on Beta, 6 Emojis to Choose From: Report

WhatsApp is said to roll out the stable version of the update soon as the feature has been spotted testing on Android, iOS, and desktop. 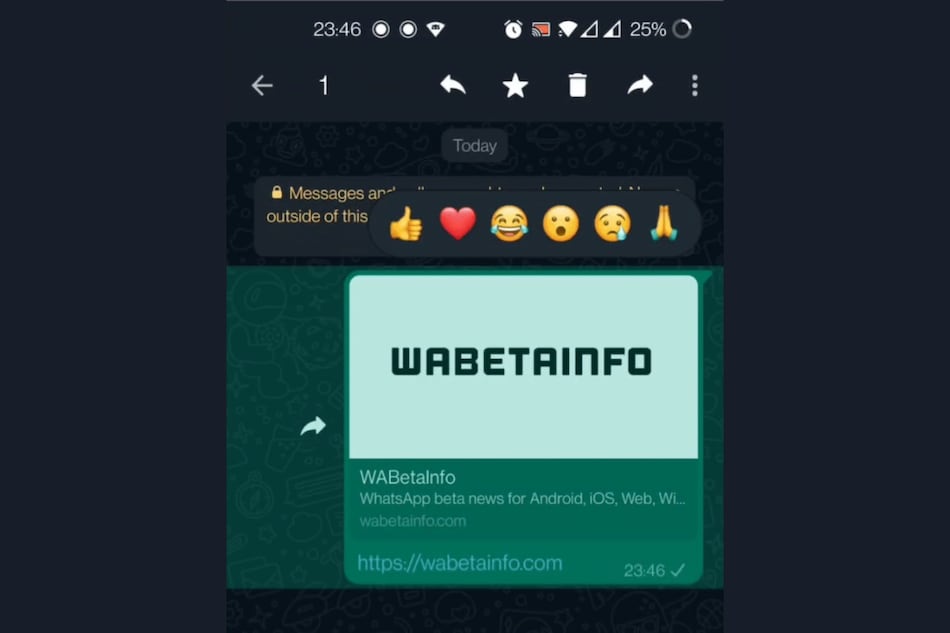 As per a report by WABetaInfo, WhatsApp is now rolling out emoji reactions feature to Android users on beta. The WhatsApp features tracker has mentioned that the new feature is available to users on WhatsApp Beta for Android 2.22.8.3. It is only available for select beta testers but everyone should be able to view the reactions on messages, as per the report.

Users are said to get six emoji reactions — Like, Love, Laugh, Surprised, Sad, and Thanks. There is no information if users will be able to customise or change emojis in message reactions.

WABetaInfo also tweeted that since the message reactions notifications setting is available on all three platforms — Android, iOS, and desktop — it may roll out officially to WhatsApp on all three platforms sometime very soon. However, since there is no official confirmation from the Meta-owned platform, the information should be taken with a pinch of salt.

Earlier this month, WhatsApp message reactions feature was spotted for WhatsApp Desktop beta 2.2208.1. However, the option was not available to public beta testers. The new feature is titled React to message and is available in the drop-down message menu. WhatsApp has also been spotted testing adding a shortcut for emoji reactions next to messages on the desktop app. This would enable users to quickly react to messages.