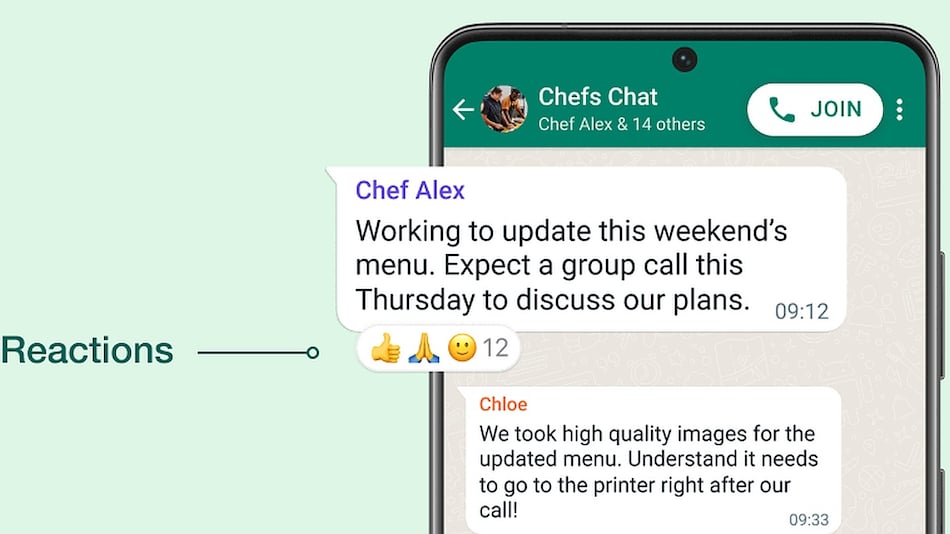 WhatsApp Reactions will start rolling out today, finally seeing the instant messaging platform catch up with rivals such as Telegram and iMessage, besides productivity apps such as Slack, and even sister company Instagram. The feature will allow users to quickly react to messages with an emoji, and in the initial stage, there will be six - like, love, laugh, surprise, sad, and thanks - though in the future all emojis will be available, testing has tipped.

The Meta-owned brand made the announcement via a Instagram story by CEO Mark Zuckerberg, who had last month teased the feature as coming soon in the company's big reveal about WhatsApp Communities. As we mentioned, there will initially only be six WhatsApp Reactions, something Zuckerberg also highlighted in his story - seen below.

A future update however, may just allow WhatsApp Reactions users to utilise any emoji, GIF, or sticker in the messenger, a recent report tipped citing evidence in a development build. The latest version spotted in testing looks set to give access to the entire emoji keyboard when users tap the plus button. For now though, the wider emoji reaction palette is not yet available even to beta testers.

In its big reveal last month, WhatsApp had said Communities will bring several features over and above WhatsApp Groups, including enabling admins with new tools, such as ability to send a single message to everyone and control over which groups can be included in a particular community.

WhatsApp had also teased more upcoming updates, including increased file sharing limit (up to 2GB) and the ability to enable group audio calls for up to 32 people simultaneously, of which so far only the latter has been rolled out.