WhatsApp to brace subscription model for iOS app by end of 2013: Report 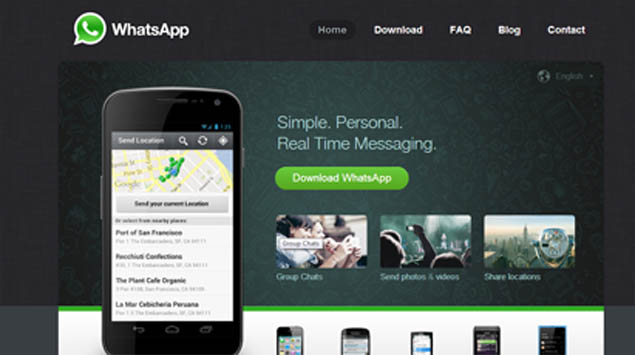 As of now, the users have to shell out $0.99 as a one-time fee to user WhatsApp. However, going forward the company plans to charge iOS users $0.99 on an annual basis. The company CEO clarified that this subscription model will only apply to new users and the existing users will not be required to shell out any extra bucks for using WhatsApp. The company has so far not revealed an exact time frame of when they will be rolling out this subscription based model for iOS devices. However, it has indicated that this change will take place within this year.

WhatsApp is a cross platform messaging app. As of now this application is free for download on other platforms such as Android, BlackBerry, Nokia and Windows Phone platforms. WhatsApp has recently released a client for the BlackBerry 10 operating system. The company is also planning to launch an app for dual-SIM Asha smartphones by the second quarter of this year.

It is being touted that 17 billion messages (7 billion inbound and 10 billion outbound) are transmitted daily through WhatsApp. What's more WhatsApp has been downloaded by over100 million Android users alone since its debut.

Though $0.99 per year is a small amount to pay for a popular app, it will be interesting to see if the new consumers will like to pay that amount or will they look towards alternatives such as Nimbuzz, WeChat, Viber et al.

Separately, in the same interview the company CEO has indicated that it currently has no plans to launch a desktop app for WhatsApp.