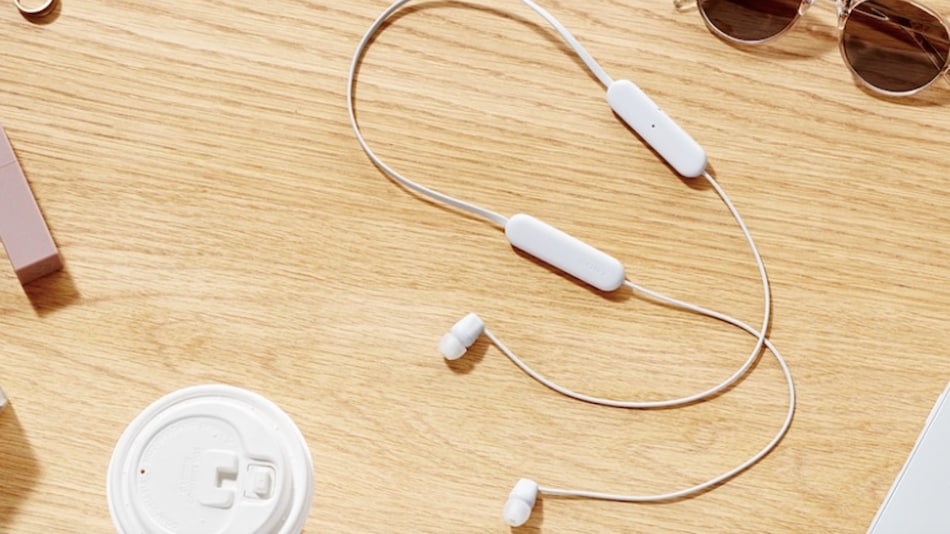 The Sony WI-C100 wireless headset has an introductory price of Rs. 1,699 in India

Sony WI-C100 neckband wireless Bluetooth earphones have been launched in India, at an introductory price of Rs. 1,699. The new wireless earphones are part of the company's entry-level C-series of wireless headset, and are among the most affordable wireless earphones from Sony that you can buy in India right now. The WI-C100 has a neckband in-ear wireless design, and is the entry-level product in the range that also includes the WI-C200, WI-C310, and WI-C400 neckband wireless Bluetooth earphones.

The Sony WI-C100 has an MRP of Rs. 2,790 in India, but is currently available at an introductory price of Rs. 1,699, making it among the most affordable wireless headsets from the Japanese electronics brand in India. The earphones are available now across Sony retail stores, other multi-brand electronics stores, Sony's own ShopAtSC online portal, and major e-commerce retailers in India.

At this price, the Sony WI-C100 goes up against strong competition in the affordable segment, from Indian brands such as Boat, Boult Audio, and Noise, and well as online-focused international brands such as Xiaomi, Realme, and OnePlus. Although the WI-C100 does not have active noise cancellation which is present on many options in this price range, other features will help set the headset apart and attract buyers.

The Sony WI-C100 wireless earphones have 9mm dynamic drivers, and a frequency response range of 20-20,000Hz. The earphones use Bluetooth 5 for connectivity, with support for the SBC and AAC Bluetooth codecs. Charging is through USB Type-C, and the earphones have a claimed battery life of up to 25 hours on a single charge. The headset is IPX4 rated for water resistance.

Interestingly, there is support for Dolby Atmos on the Sony WI-C100, but this is stated to only work when used with a Sony WLA-NS7 wireless transmitter and a Bravia XR TV. There is also support for Sony's own 360 Reality Audio and Google Fast Pair, and the earphones can be used with the Sony Headphones Connect app for basic customisation and tweaks.

An in-line remote allows you to control playback, volume, and invoking the voice assistant directly from the headset itself. The earphones have an in-canal fit which offers some passive noise isolation, but there is no active noise cancellation.