OnePlus Bullets Wireless Z2 Review: Not Much Has Changed

The Bullets Wireless Z2 looks a lot like its predecessor, and the feature set is similar as well. 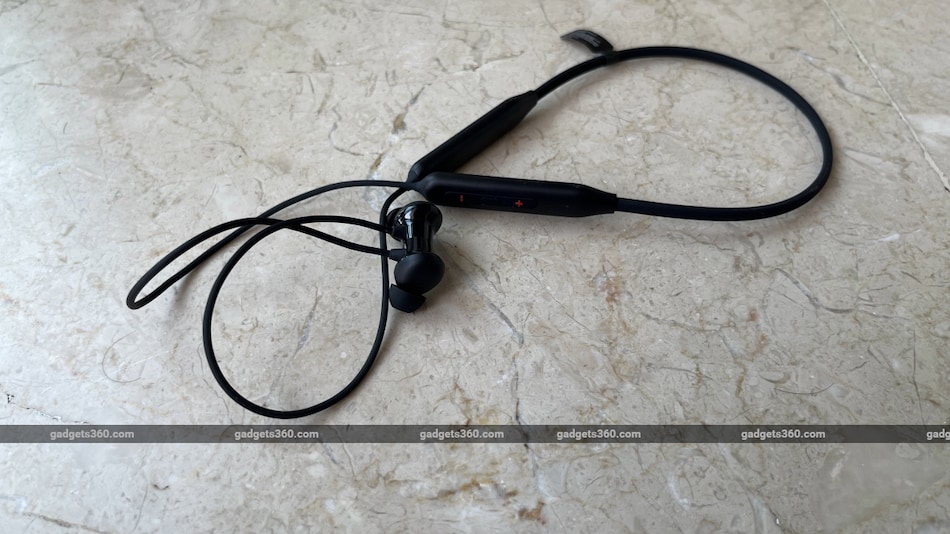 The OnePlus Bullets Wireless Z2 is priced at Rs. 1,999 in India

Although OnePlus' most recent launch event was expectedly focused on the OnePlus 10 Pro, the company also launched a new product in its Bullets wireless audio range. Unlike the Buds lineup of true wireless headsets, the Bullets models sport a more traditional design with earpieces that are connected to each other via a band. This style might seem dated in the age of true wireless earphones, but OnePlus' latest wireless neckband headset hopes to win over buyers with its focus on getting the basics right.

The OnePlus Bullets Wireless Z2 strongly resembles its predecessor, but there are small changes that set it apart

That said, there are some visible differences with the OnePlus Bullets Wireless Z2, such as the lack of an in-line remote and microphone. The buttons for volume, playback, voice assistant activation, and pairing are now placed on the left module of the neckband. The ear tips have also gotten slightly smaller. I found the fit and usage experience to be largely the same with the Z2 as with its predecessor, including the comfort and noise isolation levels, which I thought were very good. The earphones are IP55 rated for dust and water resistance.

The underside of the left module has the USB Type-C port for charging, while the right is bare save for a OnePlus logo. As with its predecessor, the OnePlus Bullets Wireless Z2 can be powered on or off by simply separating two earpieces, which are held together with magnets. This could lead to the headphones accidentally turning on unintended, particularly when stored in a backpack or purse, as the earpieces could separate with a bit of jostling.

Under the hood, there are some significant changes, particularly the use of bigger 12.4mm dynamic drivers on the OnePlus Bullets Wireless Z2. There's Bluetooth 5 for wireless connectivity, with support for the SBC and AAC Bluetooth codecs. Quick pairing is supported with select OnePlus smartphones (OnePlus 6T and later), but the Quick Switch feature on the Bullets Wireless Z, which let users quickly switch between the two most recently used source devices, has disappointingly been dropped from the Z2. Included in the sales package are a total of three pairs of silicone ear tips of different sizes, and a short charging cable.

There is no in-line remote on the cable, as the controls and microphone are now on the left module of the neckband

Fast charging is present on the OnePlus Bullets Wireless Z2. A 10-minute charge is claimed to get the battery level to 70 percent, which should be enough for 20 hours of listening time. In my experience, the earphones took around 20 minutes to charge fully, making this among the fastest charging wireless neckband-style earphones you can buy right now.

Although rated for up to 30 hours of usage per charge, I only got around 20 hours of continuous playback at the 60 percent volume mark on the OnePlus Bullets Wireless Z2. This is still very good for a wireless neckband headset, and combined with fast charging, this could be a great choice for anyone concerned about battery life.

A big advantage of the large drivers shows in the volume levels, with the OnePlus Bullets Wireless Z2 sounding impressively loud even at the 50 percent volume mark. This naturally meant that I rarely needed to go up to even the 80 percent level, which would be the bearable threshold on most wireless headphones.

When the earpieces of the OnePlus Bullets Wireless Z2 are separated, the headset powers on

This might be good if you often need to use the Bullets Wireless Z2 in loud environments, and it certainly helps to make up for the lack of active noise cancellation, which options such as the Realme Buds Wireless 2 offer for just a bit more money. When using it indoors, I didn't need to push the volume too high, but outdoors, it helped that the OnePlus Bullets Wireless Z2 could essentially overpower the typical sounds of urban environments. I quite enjoyed this aspect of the earphones when listening to audiobooks and playing games on my tablet when travelling.

Listening to The Great Divide by Velvetine, the aggressive sonic signature of the OnePlus Bullets Wireless Z2 was immediately evident. The fast, punchy beat of this track sounded powerful, and even gentler bass elements carried the same rumble. Interestingly, this made the bass feel deep and grounded for the most part, although at higher volumes it did cause a bit of listener fatigue.

With Hocus Pocus by Focus, the bass was largely kept in check and didn't run wild through the rest of the track, indicating just how good the mid-range and highs on the OnePlus Bullets Wireless Z2 are for the price. I quite enjoyed the level of detail, with percussion elements in the track sounding pristine and crisp. These earphones are also pacey and cohesive, and were also able to keep up with the busy nature of the track without getting overwhelmed.

Connectivity on the OnePlus Bullets Wireless Z2 was stable and reliable for me, with the earphones working without any connection issues at distances of up to 3m from the source device. Call quality was decent enough, both indoors and outdoors. The microphone is on the neckband and it worked well for me even in loud environments.

Continuous improvements in wireless audio technology have meant that Rs. 2,000 or so can now get you a better sounding product today than it did even a couple of years ago. The OnePlus Bullets Wireless Z2 offers pretty good value for money at its price, but it doesn't quite impact the segment as much as the original Bullets Wireless Z did back in 2020. This is a very good pair of earphones that sounds decent for the price, and offers useful features such as fast charging and excellent battery life, but the competition will definitely affect buyer perceptions of the value on offer here.

For a little more money, the Realme Buds Wireless 2 is a superior headset for a couple of big reasons – LDAC Bluetooth codec support and active noise cancellation. However, if you're a fan of OnePlus products and need something dependable with good battery life, fast charging, and a bass-focused sound profile, the OnePlus Bullets Wireless Z2 might be worth considering.