At Rs. 3,790, this is one of the most affordable noise cancelling headsets you can buy. 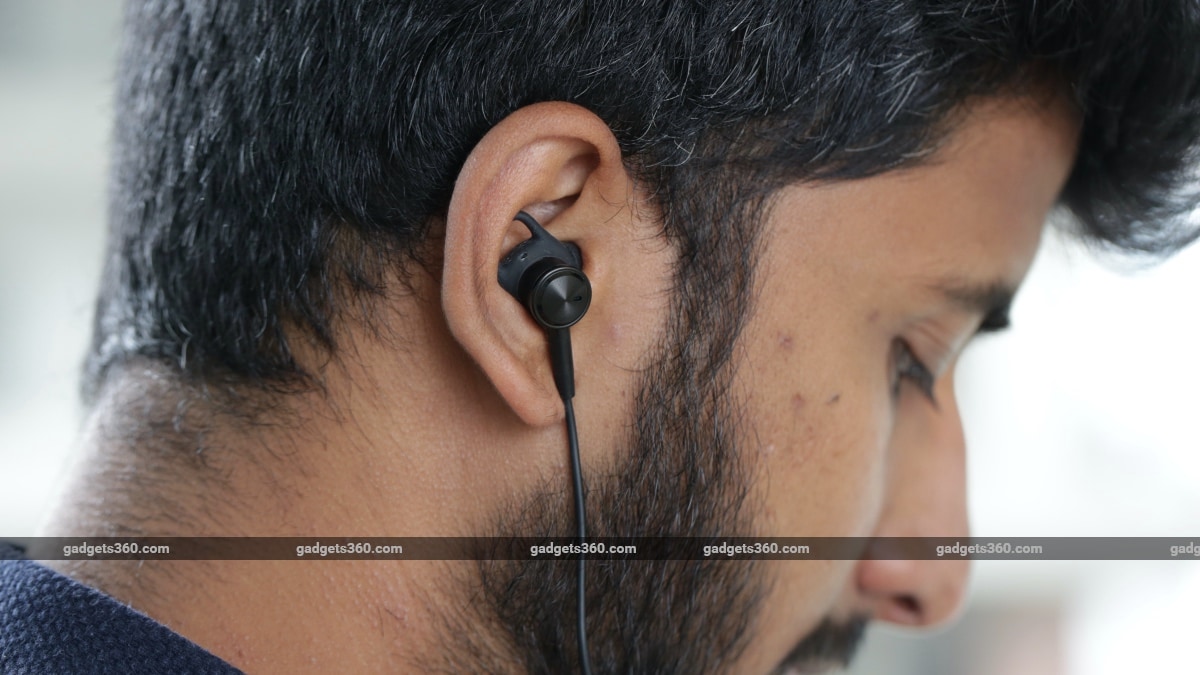 We've reviewed a bunch of active noise cancelling headphones, and if there's one thing they all have in common, it's high pricing. The feature is a premium one that is typically only seen on high-end headphones, and is usually combined with Bluetooth connectivity for maximum on-the-go convenience. The product we're reviewing here — the Claw ANC7 noise cancelling earphones — defies both these norms.

Priced at Rs. 3,790, the Claw ANC7 is one of the most affordable headsets you can buy today with active noise cancellation. We've put this pair of wired earphones to the test, to find out if it is indeed possible to get good noise cancellation on a budget. Here's our review.

The earphones have a basic rubber-coated cable that splits into the left and right channels above the battery and control module. The right side has a separate three-button in-line remote and microphone. The earbuds have wings for a secure fit, as well as specially-shaped ear tips. The earbuds are largely plastic, but do have metal outer casings with microphones for noise cancellation. The metal outer plates have concentric circle patterns, which we quite liked the look of.

On the metal control module, you'll see a distinct Claw logo along with a slider switch for the active noise cancellation and a button for monitor mode. The bottom of the module has a Micro-USB port for charging, and a small indicator light can be seen just next to the slider switch to indicate when the device is switched on and the state of the battery when charging. A single rubber cable runs from the module to the 3.5mm plug of the Claw ANC7.

The earphones weigh about 23g, and we found them to be comfortable to wear over long periods. The fit is secure, and we were happy with the passive noise isolation offered by the earphones even without active noise cancellation switched on. We did experience a fair amount of cable noise with the thin cables above the module, which also impacted noise cancellation to an extent — more on that in the next section.

The sales package includes two pairs of wings for the earbuds, three pairs of ear tips, a short Micro-USB cable for charging, and a small carry pouch for the earphones. The Claw ANC7 earphones have 13mm drivers, a frequency response range of 10-22,000Hz, and a 32Ohm impedance rating.

The 95mAh battery in the module ran for about 15 hours with noise cancellation on and occasional use of the monitor mode. A full charge took a little under an hour, but five minutes of charging is claimed to give up to two hours of active noise cancellation.

The module has a slider switch for power, and a button for monitor mode

Although priced at Rs. 3,790, the Claw ANC7 is a budget pair of earphones at its core that would compete with options priced at around or below Rs. 2,000 were it not for the active noise cancellation feature. This does boost the earphones' appeal both in terms of actual functionality as well as the perceived improvement in sound quality. We tested the earphones with an Apple iPad mini (2019) and OnePlus 7T Pro (Review), using Spotify, YouTube Music, and our collection of high-resolution audio tracks.

We started with Netsky's Rio, and it was evident from the get-go of this drum-and-bass track that the earphones have a classic bass-oriented sonic signature. The bass was audibly strong, but didn't quite have the same sensory, reverberating impact as we've experienced with some competing affordable earphones. Apart from this lack of punch, the sound was enjoyable and made for a decent listening experience with most popular genres.

Turning the volume up and listening to more percussive tracks such as Fake Awake by Andy Moor brought out the lows even more favourably, but the focus on the bass and sub-bass elements meant that the mid-range wasn't as detailed or distinct as we'd have liked. There was a slight spike in the highs, but the sonic signature of these earphones is defined by their handling of bass.

The Claw ANC7 earphones tend to benefit from better quality recordings or better-engineered audio tracks; listening to Not The News by Thom Yorke showed us a revealing and crisp side to the earphones that we didn't hear in any other tracks. There was a hint of quality to the soundstage which was revealed with the right kind of source material. However, we felt that the sound is largely on par with what we'd expect from wired headphones priced at around Rs. 2,500 or so.

Active noise cancelling is, of course, the key feature of the Claw ANC7, and it does a decent job. While naturally not on par with premium noise cancelling headsets, we did get a decent level of noise reduction with the ANC7. Sounds such as the hum of the air conditioning in our office, or traffic and the general hum of the street were significantly softer with noise cancellation switched on, and the earphones managed this without any sibilance or interference.

That said, cable noise proved to be a problem here. Despite the quality of the noise cancellation, moving around caused the cables to brush against our clothing, leading to interference that negated the good done by the noise cancellation. This was somewhat covered up when music was playing, but just being able to sit in silence isn't something you can expect from these earphones.

The wired earphones connect to any device with a 3.5mm jack

With music playing at high volumes, the cable noise is a bit easier to ignore. However, the earphones revealed another issue with the volume pumped up — sound leakage. Even at around the 80 percent level, the tracks we were listening to could be heard clearly by people near us. The distinct intro hook of Freed From Desire by Gala could be heard (and recognised) even by people sitting about 10 feet away.

There is also a monitoring mode, which is controlled by a single button on the module. This reduces the volume of whatever's playing significantly and activates the microphones on the earbuds to allow outside sound to come in, similar to the transparency modes on various other earphones and headphones. It worked well for us, but the reduction in volume meant that it was only suitable for times when we needed to speak to someone, rather than as a way to listen to music safely while making sure you're aware of what's going on around you.

The Claw ANC7 also worked well for voice calls, with clean sound on both ends of the call.

Active noise cancellation on headphones or earphones is something you typically have to pay a lot of money for, which is what makes the Claw ANC7 special. At Rs. 3,790, this is among the most affordable noise cancelling headsets you can buy, and it does a decent job of it too. However, issues such as cable noise and sound leakage at high volumes take away from this otherwise decent pair of earphones.

It might be worth picking the Claw ANC7 up if you don't have a high budget and absolutely need active noise cancellation — it will make your commute a bit better, and could come in handy on flights as well. There are definitely better-sounding wired earphones available for around this price or less such as the RHA S500i, which would be better options for you if noise cancellation is something you can do without.