These ‘Chi-Fi’ audiophile earphones pack a punch when it comes to sound. 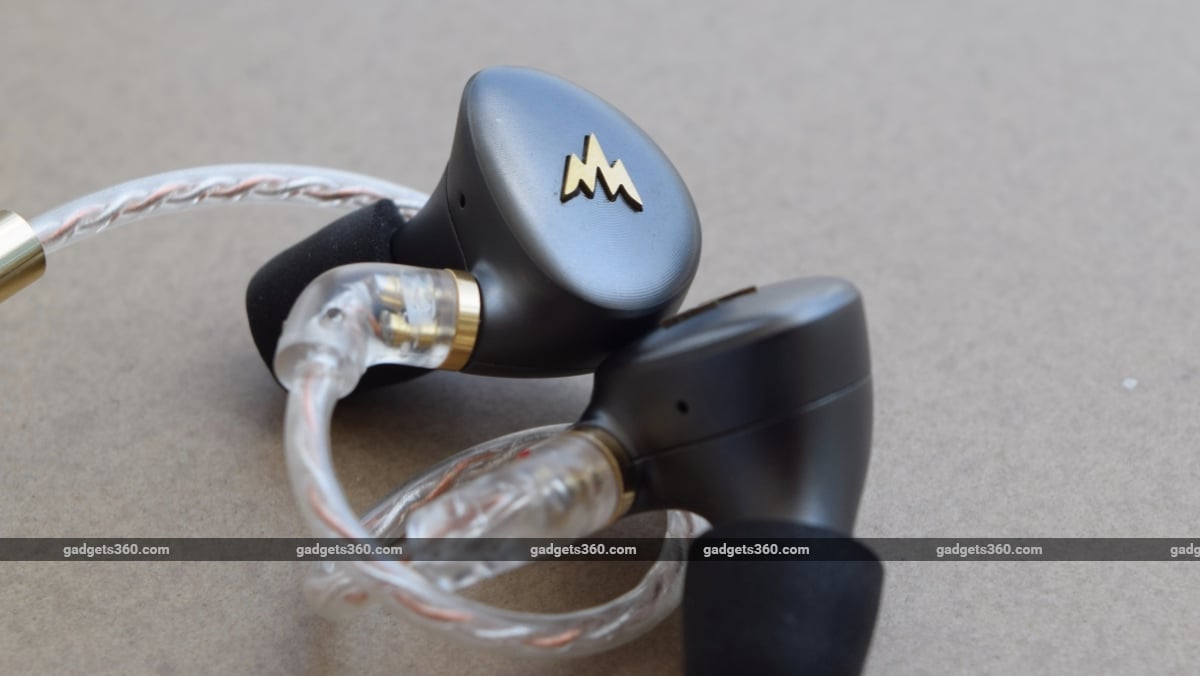 Audiophiles and others familiar with the personal audio space are likely to have heard the term ‘Chi-Fi'. It refers to Chinese Hi-Fi, or high-end audio products built by Chinese manufacturers that many of us will likely not even have heard of. There are many benefits to going Chi-Fi over more established brands, the biggest of which is getting more bang for your buck. Today, we're reviewing one such product, from a little-known Chinese company called Whizzer.

The product being reviewed here is the Whizzer Kylin A-HE03, which is positioned as a wired audiophile in-ear option. Priced at Rs. 9,999, these earphones have a triple-driver arrangement, detachable cables, and the promise of top-quality sound. Does this pair of earphones live up to expectations? Find out in our review.

We're often left less than impressed with the styling and build quality of Chi-Fi products. However, the Whizzer Kylin A-HE03 takes things up a notch in this department; these earphones are beautiful, and built well too. There are three colour options including funky-looking red and blue ones, but we felt that the grey variant that we had for review looks the most sophisticated and understated.

The earphone casings are metal, with a dull but reflective finish and a pattern of concentric circles surrounding the Whizzer logo, which somewhat resembles Batman's emblem. The end result is a pair of earphones that looks quite attractive and feels good.

You get three pairs of silicone ear tips and two pairs of foam ear tips in the box, along with a neat storage case. We were able to get a good fit with the smaller foam tips, which also ensured good noise isolation. The earphones are light, comfortable, and optimally shaped for the ear canal; we had no trouble using them for long hours at a stretch.

The Whizzer Kylin A-HE03 earphones each have a detachable 3.5mm audio cable, using the relatively uncommon 2-pin 0.78mm connector standard. The more common MMCX standard would have been a better choice in our opinion, but audiophiles will nonetheless appreciate having detachable cables. This lets users swap out the cable in case of damage, upgrade to a better option, or even go wireless if needed by using a compatible 2-pin cable with a Bluetooth adapter.

The included earphone cable looks good, is sturdy and tangle-resistant, and is protected against cable noise. It has a hooked design at the top which lets you secure the earphones in your ears. This being an audiophile cable, there is no microphone or in-line remote on it.

The Whizzer Kylin A-HE03 has a triple-driver setup for each earpiece, with one dynamic driver and two Knowles balanced armature drivers — similar to how the OnePlus Bullets Wireless 2 and 1More Triple Driver earphones are designed. Additionally, the Kylin A-HE03 has an impedance rating of 28Ohms, a sensitivity rating of 98dB, and a frequency response range of 12-40,000Hz.

As with any pair of good audiophile earphones, the Whizzer Kylin A-HE03 is all about sound quality. However, the sonic neutrality that audiophiles often desire isn't something you'll find here; instead there's a fair amount of sonic flavour. The sonic signature can be characterised as "safe" — it'll work for most popular genres, but doesn't quite get into the "as the artist intended it to be heard" scheme of things.

We used these earphones with a Samsung Galaxy S10e and an Apple iPad mini (2019) as source devices. Both of these devices have 3.5mm jacks, but we did find that the Whizzer Kylin A-HE03 sounded much better on the iPad; the warm nature of the Samsung Galaxy S10e tended to bring out the lows too aggressively with compressed audio tracks. We used a variety of music to test the earphones, including tracks on Spotify, Apple Music, YouTube Music, and our collection of high-resolution tracks.

We started with a rock classic for our review — Eminence Front by The Who — and were immediately taken in by the luxurious soundstage on offer. Not only did the sound feel wide, but instrument separation and the detail in the finer elements of the track were also immediately evident. The gentle guitar elements felt distinctly present in the right channel, and it was also easy to feel percussive sounds and beats with a sense of direction.

Listening to the exciting This Is America by Childish Gambino, we put the mid range of the Whizzer Kylin A-HE03 to the test. While the excellent soundstage and imaging helped keep the vocals clear and distinct, there is a definite drop in mid-range frequencies, and they don't quite feel as powerful and driven as the lows and highs. We did find the upper mids to be slightly better than lower mids, but there was no doubt that the bass and treble frequencies sounded sharper and cleaner on the whole.

Listening to a high-resolution version of Mountains from the Interstellar soundtrack brought out the best in the Whizzer Kylin A-HE03. Everything from the haunting ticking of the clock to the eventual low-end drone that signifies the coming of the great tidal wave in the movie, sounded present and engaging. The earphones were able to keep up with the pace and aggression of the sound, offering a fair amount of the reach and feel of the impossible-to-hear ultrasonic and infrasonic frequencies.

Finally, we played Opposite Ways by Brasstracks, which gave us an idea of just how strong lows and highs can sound on the Whizzer Kylin A-HE03. The powerful bass elements in the track played well with the sharp highs from Brasstracks' signature saxophone hooks, and indeed the strong low-end, tight bass attack, and sharp, striking highs are the strong points of this pair of earphones. The excellent level of detail and wide soundstage complement the drive and aggression of the earphones, making for a sound that can simply be characterised as fun.

The Whizzer Kylin A-HE03 is undoubtedly good, sitting somewhere between audiophile-grade and straight-up consumer-friendly in its approach. It's a great pair of earphones for anyone who wants a sample of what high-end sound is like, without having to pay too much money. At Rs. 9,999, the Kylin A-HE03 earphones are a splash of energy and will go well with most source devices — just be sure to stay away from anything with a particularly warm sonic approach.

With strong lows, striking highs, plenty of detail, and an impressive soundstage, the Whizzer Kylin A-HE03 is perhaps the most fun pair of earphones you can buy for under Rs. 10,000. Similar driver setups can be found on more affordable options such as the OnePlus Bullets Wireless 2 and 1More Triple Driver earphones, but there's a definite edge to the Whizzer earphones that makes them a bit more enjoyable to listen to.