On Monday, June 20, DOGE opened trading with a price hike of over 11 percent on international exchanges. The current value of Dogecoin stands at $0.058 (roughly Rs. 4.51). 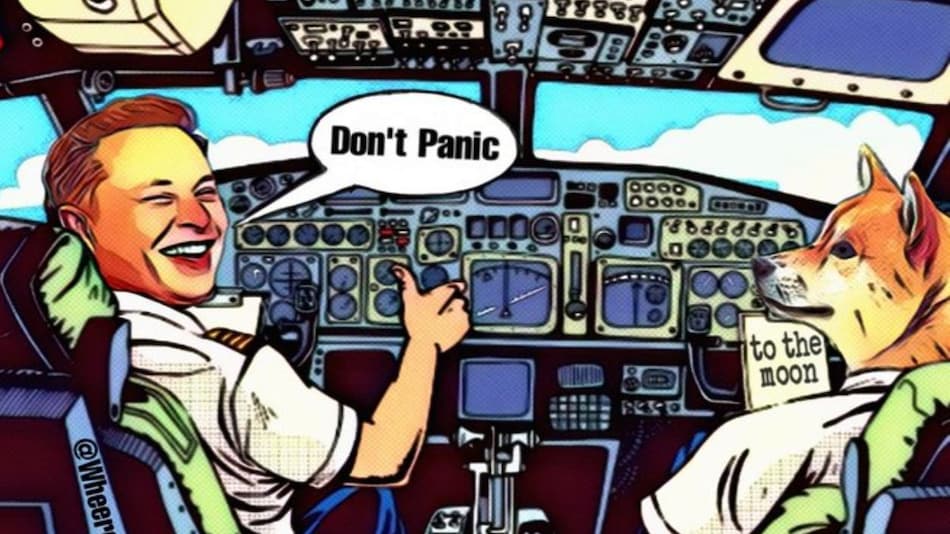 Elon Musk's public display of affection towards his favourite cryptocurrency, the Dogecoin, has seemingly become stronger. Despite being roped into a class-action lawsuit for allegedly promoting Doge adoption via a pyramid scheme, Musk has said he will continue to back DOGE. Last week, a complaint was filed in Manhattan accusing the Tesla chief of driving up DOGE prices with promotions, only to let the altcoin fall lower on the price charts later. This lawsuit is intended to cost Musk $258 billion (roughly Rs. 20,13,831 crore).

Amid this chaos, Musk posted a tweet over the weekend, that cleared the air around his stance on Dogecoin for his 98.8 million followers.

I will keep supporting Dogecoin

On Monday, June 20, DOGE opened trading with a price hike of over 11 percent on international exchanges. The current value of Dogecoin stands at $0.058 (roughly Rs. 4.51).

Previously, on multiple occasions, Musk has said that Dogecoin is a better suited option for day-to-day payments as opposed to other crypto assets like BTC and ETH.

The lawsuit filed against Musk comes from a Dogecoin investor who has alleged that the multi-billionaire tech mogul is misleading investors into believing DOGE is worth something.

“Defendants were aware since 2019 that Dogecoin had no value yet promoted Dogecoin to profit from its trading. Musk used his pedestal as World's Richest man to operate and manipulate the Dogecoin Pyramid Scheme for profit, exposure and amusement,” the complaint reportedly noted.

The development comes in the backdrop of several deepfake videos of Musk circulating on social media, promoting crypto initiatives.

Yikes. Def not me.

Meanwhile, Dogecoin creator Billy Markus, who is no longer a part of the project suggested that the developers must focus more on its utility and security.

Musk was quick to respond to Markus.