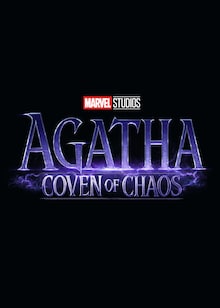 Agatha: Coven of Chaos will reveal more about the sorceress Agatha Harkness (Kathryn Hahn), first introduced in WandaVision. Jac Schaeffer, who served as head writer and executive producer on WandaVision, returns for Agatha: House of Harkness. Be sure to hide all dogs named Sparky.

Agatha: Coven of Chaos is coming to Disney+ and Disney+ Hotstar.