Bonus: a board game called Pandemic. 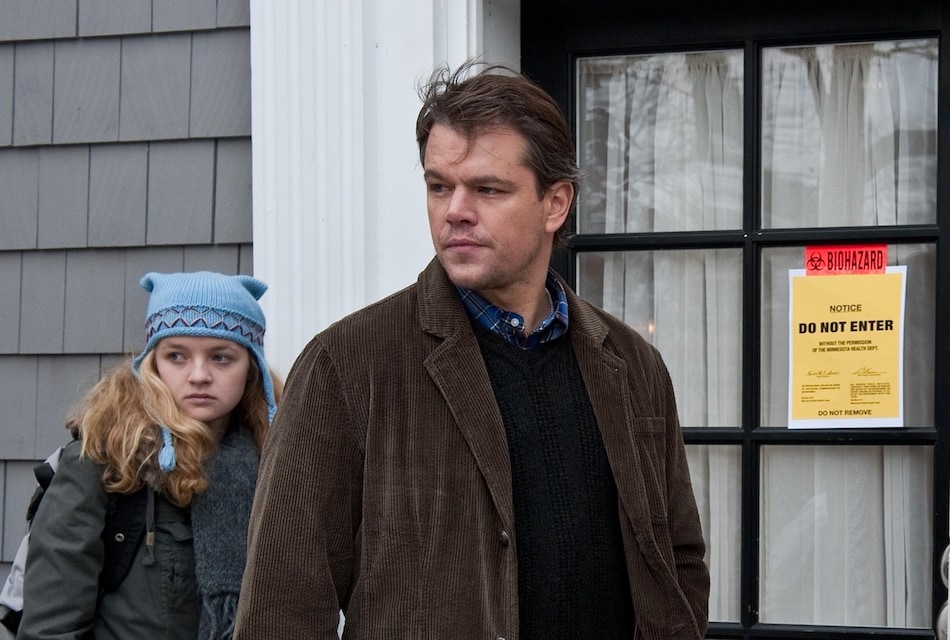 The world is a mess and we're all looking for escapism. Comfort-food sitcoms or trashy reality TV, here we come. For some of us though, the only way to grapple with the situation is to understand it better. You know, learn more about pandemics, how they spread, how doctors respond, and what happens when nothing works. In the interest of just that, we've collected a bunch of entertainment choices that serve that purpose, including movies, TV series — and a board game. We'll answer “why” for the last of those in a minute. None of the options below have the virus turn humans into zombies; we'll be covering those in a separate list. Here are the best pandemic movies and shows, that may or may not help how you feel about things right now.

It's the pandemic movie that everyone has been watching, so naturally it had to be on the list. Directed by Steven Soderbergh (Ocean's 11) off a script written by Scott Z. Burns (The Bourne Ultimatum), Contagion opens with the horrifying death of Gwyneth Paltrow, which immediately hints that this thing is not to be messed with. You don't kill off a big-name actor unless you mean business.

From there, it proceeds in scientifically-accurate fashion — Burns consulted WHO reps — and gives us a look at how a pandemic can bring out the worst in people and break down society. Matt Damon, Marion Cotillard (Inception), Laurence Fishburne (The Matrix), Jude Law (The Young Pope), Kate Winslet (Titanic), and Bryan Cranston (Breaking Bad) fill out the star-studded cast.

Closer to home, we've this fictional story that's set against the real-life backdrop of the 2018 Nipah virus outbreak — with a 75 percent mortality rate — in the state of Kerala. It follows physicians, epidemiologists, the minister for health, and a district collector as they join forces to contain the virus' spread. Virus spotlights the massive contributions of the medical fraternity in times like these.

For those looking for parallels to their current situation, a fictional seaside California village is quarantined and put under lockdown in Outbreak, which follows an Ebola-like virus jumping from monkey to humans — before (somehow) mutating and becoming airborne. It's hardly scientific and it's not very good cinema either, but it makes for scary cinema, if that's up your alley.

It co-stars Kevin Spacey, who stands accused in the #MeToo movement.

If you want your pandemic entertainment with a time-travel twist, look no further than 12 Monkeys. Bruce Willis, Brad Pitt, and Madeleine Stowe (The Last of the Mohicans) star in the lead of this sci-fi thriller, which finds a prisoner (Willis), living in 2035 post-apocalyptic Philadelphia, trained and sent back in time to 1996 to find out about the virus so scientists in the future can come up with a cure.

Of course, things don't go as planned. He ends up in the wrong year twice, he's hospitalised in a mental institution on a doctor's (Stowe) advice, and he meets a crazy eco-bioterrorist (Pitt) who may or may not have something to do with it all. Pitt won a Golden Globe for playing said crazed terrorist, and 12 Monkeys went on to make nearly five times its budget at the box office.

Yes, that is a bit of commitment, we realise, but it's not like you're going out anywhere. While the main focus of the series' third season remains politics, with Kiefer Sutherland's US President campaigning for re-election, a subplot deals with an act of bioterrorism, which involves a viral outbreak that only targets people of colour. America's history of racism is the natural parallel here.

Designated Survivor showrunner Neal Baer met with Johns Hopkins, Harvard, and MIT experts during the writing phase to keep things close to science, though the TV show takes significant creative liberties as and when it feels like. It also makes the situation simplistic, though that also means it comes with closure, unlike what is happening around us right now.

These two titles provide a documentary approach to pandemics, as they either take us through how doctors battle diseases and anti-vaccine idiots (Pandemic: How to Prevent an Outbreak), or tell us about the history of pandemics and how they spread (The Next Pandemic).

Both wonder if a bigger pandemic is around the corner, which is eerie given they released in the past few months. The Next Pandemic, part of Explained season 2, aired early November. The six-part miniseries Pandemic: How to Prevent an Outbreak dropped in late January. Prescient.

Watch Pandemic: How to Prevent an Outbreak & Explained: The Next Pandemic on Netflix

Staying home is the best way most of us can help the world right now. But if you're itching to do more, go donate to a sensible food charity. When you're done, you can immerse yourself in saving the world from a pandemic in this excellent co-op board game that makes you feel in control and much better, at least for its duration. For those tired of passive media consumption, Pandemic is perfect.

In it, you turn into a first responder — medic, scientist, researcher, quarantine specialist, or dispatcher — and help discover a cure. Up to four players — more with expansions — can team up and ward off four diseases that threaten to take over. Since we're all supposed to be social distancing, get the app version of Pandemic that allows you to play online with others.

Download Pandemic: The Board Game for Android, iOS, Xbox, or PC