From India and beyond, featuring Wonder Woman and Nandita Das. 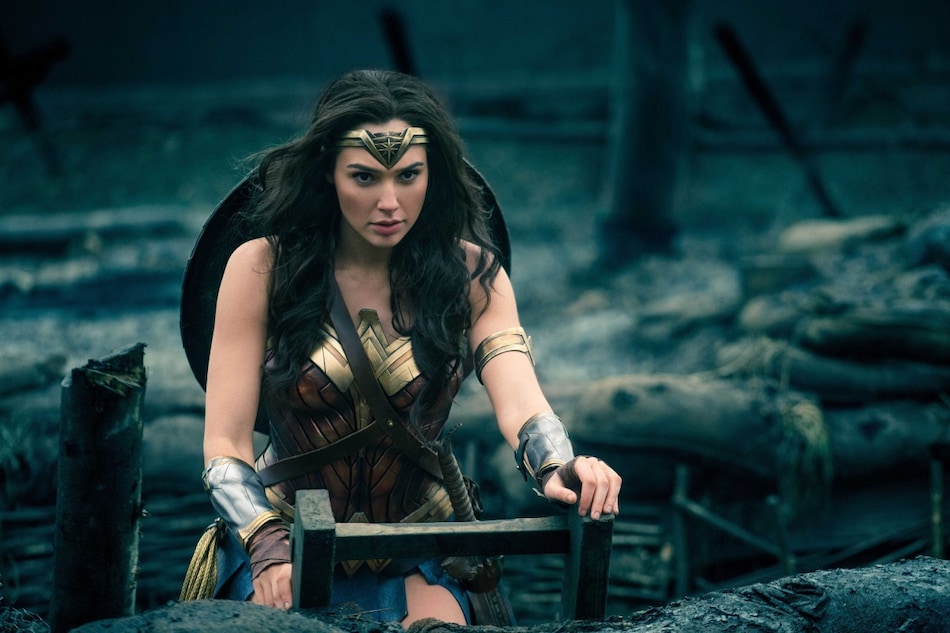 With International Women's Day here, we wanted to highlight some women-led movies from India and around the world. Too often, the conversation ends up being about women on screen, and not what's happening behind the scenes. And that's why this list is divided into three categories: female directors, movies from India, and international films. We've made sure to include only those titles that you can stream in India, but that does mean you miss out on a lot. The work of many trailblazing female directors is not easily available for viewing in India, unfortunately, including the likes of Deepa Mehta, Chloe Zhao, Sofia Coppola, Lynne Ramsay, Claire Denis, Jane Campion, Penny Marshall, Věra Chytilová, Niki Caro, Marjane Satrapi, Lucrecia Martel, Andrea Arnold, and Chantal Akerman. If you're looking to support female creators, take the extra step and seek out their movies wherever you can. For now, here's a good starting step.

The New York-based filmmaker has won international accolades for her work, including two at Cannes and one National Award for Salaam Bombay! (Mubi or Tata Sky), which focuses on the day-to-day life of children living in the slums of then-Bombay (now Mumbai). Nair won the Golden Lion for Monsoon Wedding (not on streaming) that was inspired by A Suitable Boy which she couldn't then get the rights for. Nair did get the rights nearly 20 years later, turning A Suitable Boy (Netflix) into a TV series last year.

A Suitable Boy Review: Mira Nair and Book Fans Finally Get Their Wish

Martin Scorsese once called Varda “one of the Gods of Cinema”, and that's really all you need to know about the French legend who died two years ago this month. Her best work has been in the documentary realm or looking at women's issues, and some of it is thankfully available in India thanks to Mubi.

There's Cléo from 5 to 7 (1962) which follows a young singer for two hours as she waits on a medical test result. In The Gleaners and I (2000), Varda follows gleaners as they search for food and items thrown away across the countryside and in cities. It was voted one of the best documentaries in a Sight & Sound poll.

And Varda goes autobiographical in The Beaches of Agnès (2008), visiting places from her past and reminiscing about life — and her eightieth birthday — on camera.

Gulzar had a troubled start to her career but after an eight-year sabbatical she collaborated with Vishal Bhardwaj on Talvar (Netflix or Disney+ Hotstar), which tells the story of the 2008 Noida double murder case, in which a teenage girl and the family's hired servant were killed, and the inept police bungled the investigation.

She followed it up with Raazi (Amazon Prime Video), that is based on the real-life events depicted in Harinder Sikka's 2008 novel “Calling Sehmat” and stars Alia Bhatt as an undercover Kashmiri RAW agent who marries into a Pakistani military family to spy on the enemy prior to and during the 1971 Indo-Pak War.

Her latest was Chhapaak (Disney+ Hotstar), which wasn't received as well as the other two. In this film, Deepika Padukone played acid attack survivor Laxmi Agarwal, following her through facial reconstruction surgeries, the police investigation, court proceedings, and a petition to regulate the sale of acid.

Responsible for quite possibly the greatest action sci-film of all time, the Wachowskis — inspired by anime and martial arts movies — delivered their seminal work with The Matrix (Netflix or Prime Video), which follows a computer hacker (Keanu Reeves) who starts to question the nature of his reality, and with help from a group of rebels, begins the fight against the machines that now rule the world. A fourth entry in the franchise is due in December 2021.

Their other work hasn't lived up to those standards, but it hasn't stopped them from experimenting, giving us V for Vendetta, Speed Racer, Cloud Atlas, Jupiter Ascending, and Sense8.

For now the only woman to win the Oscar for best director — Chloe Zhao could potentially shatter that given the awards momentum for Nomadland — Bigelow picked up that award for The Hurt Locker (Prime Video or Tata Sky), wherein a new leader (Jeremy Renner) of a bomb disposal squad surprises his subordinates with his views and reckless approach to the job in the Iraqi capital.

Praise was also showered on her next effort, Zero Dark Thirty (Netflix, Prime Video, JioCinema, Mubi, Hungama Play, Tata Sky, or MX Player), which depicted the decade-long international manhunt for Osama bin Laden, dramatised as and when needed to keep a CIA intelligence analyst (Jessica Chastain) at the centre of the story.

Akhtar's best work is arguably Gully Boy (Prime Video), in which an aspiring, young street rapper (Ranveer Singh) from the slums of Mumbai sets out to realise his dream, while dealing with the complications that arise out of his personal life and the socioeconomic strata to which he belongs. It has its faults though, which is also true of her most commercially successful work.

I'm talking about Zindagi Na Milegi Dobara (Netflix or Prime Video), which finds Hrithik Roshan, Farhan Akhtar, and Abhay Deol playing three childhood friends who set off on a bachelor trip across Spain, turning it into an opportunity to heal past wounds, combat their worst fears, and fall in love with life. Zindagi was definitely overlong, and felt like an advert for Spain at times.

Akhtar also executive produced and directed episodes of Made in Heaven (Prime Video).

Though her early great work — Selma and Middle of Nowhere — is not available, DuVernay's most recent output was heavily nominated at the Emmys. Yes, it's not a movie — but it's only four episodes. It's called When They See Us (Netflix) and in it, DuVernay presents another hard-hitting look at how the US criminal justice system contributes to racism, through the lens of the Central Park Five — five African-American and Hispanic teenagers — who were falsely imprisoned for several years.

Directorial opportunities have been hard to come by for Das, better known for her work as an actress. In 2008, she made her feature-length debut with Firaaq (Prime Video, JioCinema, Zee5, Mubi, ShemarooMe, Tata Sky, or MX Player) which looks at the aftermath of the 2002 Gujarat pogrom across the socio-economic strata. Naseeruddin Shah, Nawazuddin Siddiqui, Inaamulhaq, Paresh Rawal, and Deepti Naval are part of the ensemble cast. It won two National Film Awards.

And then a decade later, Das returned with Manto (Netflix or JioCinema) which naturally follows Pakistani author Saadat Hasan Manto (Nawazuddin Siddiqui) — one of the finest Urdu writers of the 20th century — before and after the Partition of British India, as his acclaimed life in then-Bombay is uprooted and he finds his work being challenged in Lahore. It's a film that becomes more relevant by the day.

A short-tempered young policewoman and her cool-headed female boss must contend with ingrained misogyny in their daily lives and even at work, where it impacts their coordinated attempts to tackle the rise of crimes against women in Delhi. Ivan Ayr directs.

Denied for a release for six months, this black comedy centres on four women (Ratna Pathak Shah, Konkona Sen Sharma, Plabita Borthakur, and Aahana Kumra) in small town India who set out on a journey to discover freedom and happiness in a conservative society.

Watch Lipstick Under My Burkha on Amazon Prime Video

Through the lens of the titular aromatic fermented product — pronounced aa-khoo-nee, it translates as “strong smell” — writer-director Nicholas Kharkongor explores the stereotypes held by, the racism of, and the insular nature of Indians towards their counterparts from the Northeast in a light-hearted fashion. Sayani Gupta and Vinay Pathak star.

Watch Ankur on Disney+ Hotstar (for free), Mubi, or ShemarooMe

Janhvi Kapoor plays the titular flight lieutenant who was one of the first Indian women to fly in a combat zone in this military drama biopic that's cliched for the most part, but includes some stellar scenes that touch upon society's double standards and dissects patriotism vs nationalism.

The true story of the youngest recipient of India's highest peacetime honour Ashok Chakra, 22-year-old Neerja Bhanot (Sonam Kapoor), who thwarted the hijacking of a Pan Am flight in 1986 and died trying to get passengers to safety.

A housewife's (Taapsee Pannu) seemingly perfect married life ends up in pieces after her husband slaps her during a party at their home, which makes her question and re-evaluate her life. Anubhav Sinha directs. Praised for addressing domestic violence, a topic routinely brushed under the carpet in patriarchal India, though some objected to the “easy solutions” it offered.

Kalki Koechlin plays a cerebral palsy-afflicted teenager in this coming-of-age drama from Shonali Bose, who falls in love with a blind girl of Pakistani-Bangladeshi descent after she moves to New York for her undergraduate degree. Koechlin's work and Bose's sensitive handling of the movement disorder were highlighted.

Watch Margarita with a Straw on Netflix, Voot, or JioCinema

Based on the 1999 Jessica Lal murder case, an activist-journalist (Rani Mukerji) teams up with the victim's sister (Vidya Balan) to bring the entitled son of a prominent politician to justice. Praised by most critics, though some took issue with its heavy-handedness.

Watch No One Killed Jessica on Netflix

Set in 18th-century in the northwesternmost region of France, a painter (Noémie Merlant) falls in love with the aristocratic reluctant bride-to-be (Adèle Haenel) she's been secretly commissioned to paint. Powered by the captivating direction of Céline Sciamma, who won two Cannes awards for her work. One of my favourite films of last year.

Saoirse Ronan, Emma Watson, Florence Pugh, Laura Dern, Timothée Chalamet, and Meryl Streep lead the ensemble cast of writer-director Greta Gerwig's clever metatextual ode to Louisa May Alcott, whose 1868 novel of the same name, about four young women who live life on their terms, this seventh live-action adaptation is based on.

After a pilot (Chris Pine) crashes and informs them about an ongoing World War, an Amazonian princess (Gal Gadot) leaves her secluded life to enter the world of men and stop what she believes to be the return of Amazons' nemesis. A DC superhero movie directed by Patty Jenkins.

Review: Wonder Woman Is a Much-Needed Win for the Flailing DC Universe

Chile's first openly transgender actor Daniela Vega stars as a trans waitress and singer in this socially aware and compelling character study film, who feels the full wrath of society after the unexpected and sudden death of her older male lover. She must fight for the right to be herself: a woman. Won the Oscar for best international film.

Watch A Fantastic Woman on Amazon Prime Video or Mubi

Alfonso Cuarón revisits his childhood in the eponymous Mexico City neighbourhood, during the political turmoil of the 1970s, through the eyes of a middle-class family's live-in maid (Yalitza Aparicio), who takes care of the house and four children, while balancing the complications of her own personal life.

The excellent sequel to the terrific Pixar original puts the focus on the ultra-flexible mother Elastigirl (voiced by Holly Hunter) as she sets out to restore faith in superheroes, while the father must take care of the three superpowered kids. Brad Bird returns as writer and director.

The real-life story of a team of gifted and talented female African-American mathematicians (Taraji P. Henson, Octavia Spencer, and Janelle Monáe) at NASA who played a vital role in the early years of the Space Race while dealing with the cruelty of their co-workers.