Anek arrives on Netflix nearly a month after it debuted in cinemas. 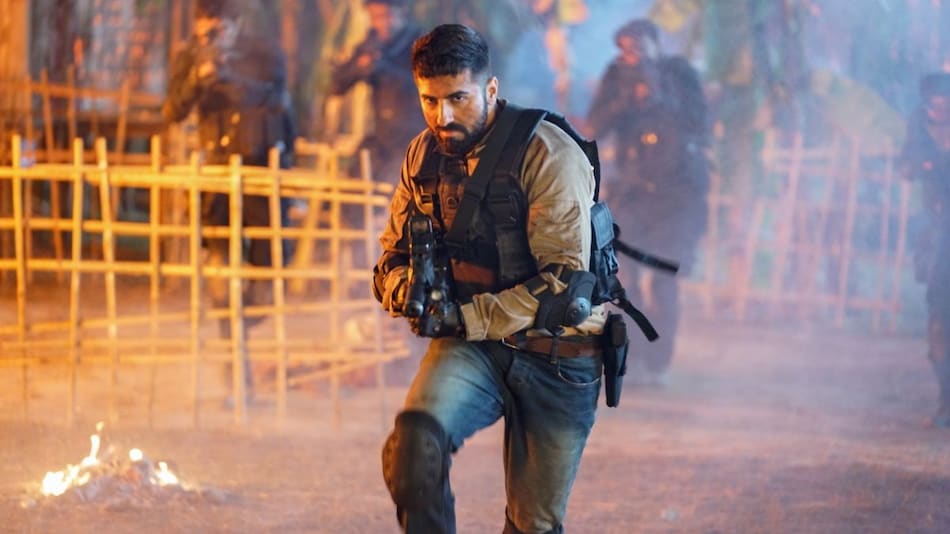 Anek is set to release June 26 on Netflix, nearly a month after it debuted in cinemas on May 27. On Friday, the streaming platform announced the same with a poster featuring Ayushmann Khurrana in an intense avatar. The post read: "Anek hurdles, ek goal! #Anek arrives on June 26, only on Netflix.”. It, however, didn't mention what time the Hindi-language feature film will drop on the platform. Netflix originals are mostly released 12:30pm IST / 12am PT — but Anek isn't a Netflix original.

Headlined by Khurrana, the Anek cast includes J.D. Chakravarthy, Andrea Kevichüsa, Deeplina Deka, Manoj Pahwa, and Kumud Mishra in key roles. Anubhav Sinha (Thappad) directs off a screenplay he wrote with Sima Agarwal and Yash Keswani. Sinha is credited as one of the producers on Anek, alongside Bhushan Kumar and Krishan Kumar.

The story of Anek revolves around Khurrana's Aman/ Joshua, an undercover officer who undertakes a dangerous mission to restore peace to Northeast India. The film received mixed reviews, with critics praising the Gulabo Sitabo actor's performance but criticising the screenplay and execution. Made on a budget of nearly Rs. 80 crore, Anek collected nearly Rs. 12 crore during its lifetime, ending up as a colossal flop.

For Khurrana, Anek was his first major release since the romantic comedy drama Chandigarh Kare Aashiqui, which received a lukewarm response at the box office last December. Anek comes to Netflix at a time when he is working on the social drama Doctor G, which marks his first collaboration with Rakul Preet Singh (Runway 34) and Shefali Shah. He will also be seen as the titular character in An Action Hero.

Anek is out June 26 on Netflix.