Eddie Munson plays the guitar in the Upside Down on Stranger Things 4 Volume 2 trailer. 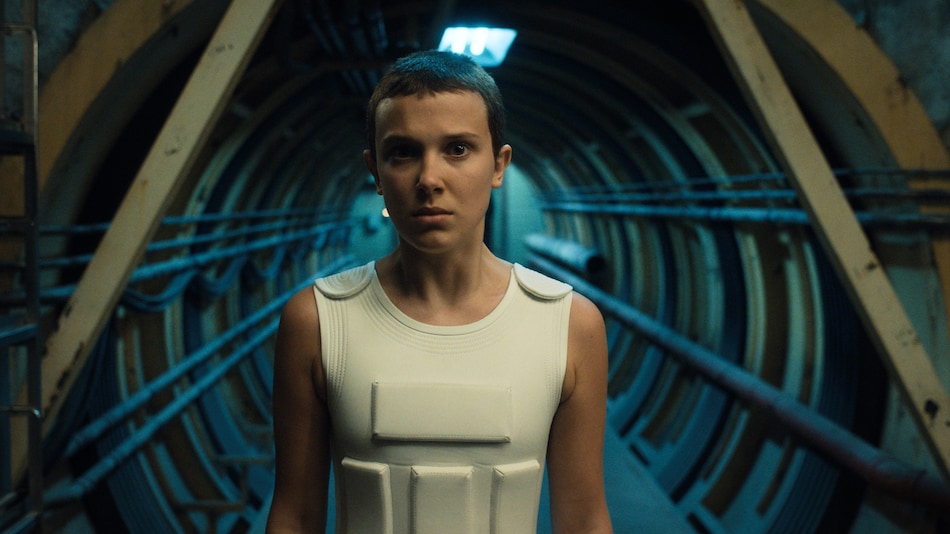 Stranger Things 4 Volume 2 trailer is here. On Tuesday, with 10 days to go until the premiere of the two-part season finale, Netflix unveiled a full-length trailer for Stranger Things 4 that teases the Hawkins Gang may not come out on top this time. This is, after all, the Infinity War moment for Stranger Things. Given it's the penultimate season, the heroes can lose big here, and then be forced to take drastic measures — as the Avengers did on Endgame — to save the day on Stranger Things 5, the final season that's already been confirmed by Netflix and creators The Duffer Brothers.

“I know you're frightened. You're terribly frightened by what you've seen. But I'm not gonna lie to you. Your friends are not prepared for this fight. Hawkins will fall,” Dr. Martin Brenner (Matthew Modine) says at the start of Stranger Things 4 Volume 2 trailer, as we get glimpses of the Hawkins Gang as they solemnly drive in an RV. Eleven (Millie Bobby Brown) cuts in to tell Brenner that her friends “need” her, and when Brenner says that she's “not ready”, she simply walks away from him.

After that, the Stranger Things 4 Volume 2 trailer suggests Vecna will confront Nancy Wheeler (Natalia Dyer) in the Hawkins Lab, Will (Noah Schnapp) tells Mike (Finn Wolfhard) that Vecna “won't stop until he's taken everyone”, and Eddie Munson (Joseph Quinn) and Steve (Joe Keery) seem to be ready for the fight. Meanwhile in Russia, Hopper (David Harbour), Joyce (Winona Ryder) and Murray Bauman (Brett Gelman) stare at some black goo, the same one from the teaser.

“I have this terrible feeling. It might not work out for us this time,” Robin (Maya Hawke) tells Steve later in the Stranger Things 4 Volume 2 trailer, directly hinting at what I think might happen on the two-part season finale. Elsewhere, Max, Lucas (Caleb McLaughlin) and his sister Erica (Priah Ferguson) seemingly return to the Creel House in another scene. Vecna then cuts in to add: “It is over. Now I just want you to watch.”

The Stranger Things 4 Volume 2 trailer moves into an action gear from there on, as Hopper shoots at some Upside Down creatures, Lucas punches the moral-panic-inducing basketball player Jason (Mason Dye) in the face, Nancy uses a shotgun, Murray uses a flamethrower, and Eddie plays the guitar in the Upside Down. I've no idea how the last of that is supposed to be help, but I'm sure it's going to be a lot of fun.

“Your friends have lost,” Vecna says as the Stranger Things 4 Volume 2 trailer concludes, with Kate Bush's now-famous song “Running Up That Hill” — which has climbed song charts globally — playing us out over the Stranger Things 4 title treatment. I mean, what other song did you expect at this point?