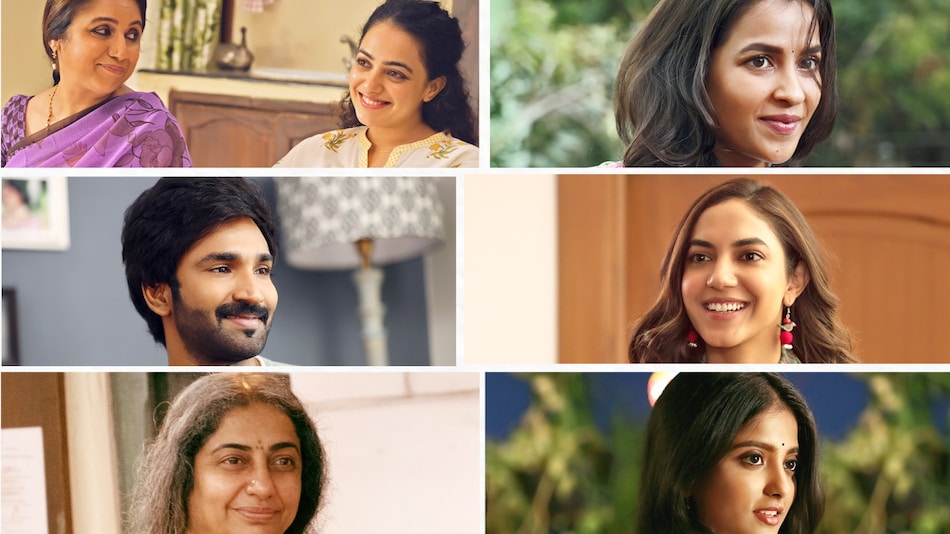 Modern Love Hyderabad release date is out. On Wednesday, Amazon Prime Video announced that the Telugu-language adaptation of the romantic anthology series Modern Love will debut July 8 on the streaming platform. The six-part Prime Video original brings together four filmmakers — Nagesh Kukunoor, Uday Gurrala, Devika Bahudhanam, and Venkatesh Maha— in a bid to woo the Telugu audience. Showrunner Kukunoor directs Revathy and Nihya Menen, Aadhi Pinisetty and Ritu Varma, and Suhasini Maniratnam and Naresh Agastya in “My Unlikely Pandemic Dream Partner”, “Fuzzy, Purple and Full of Thorns”, and “Why Did She Leave Me There..”, respectively.

Of the remaining Modern Love Hyderabad segments, Gurrala directs “What Clown Wrote This Script!” led by Abijeet Duddala and Malavika Nair while Bahudhanam helms the Ulka Gupta and Naresh-led “About That Rustle in the Bushes” Maha, meanwhile, directs “Finding Your Penguin”, with Komalee Prasad.

Kukunoor said in a prepared statement: ““We are delighted to partner with Amazon Prime Video for a prestigious international franchise like Modern Love which has touched the hearts of fans and audiences across the world. Unlike New York and Mumbai, which are megapolises, the charm of Modern Love Hyderabad lies in the fact that it is a city which has witnessed rapid modernisation in the last decade or so, while keeping in touch with its multi-cultural roots. This made for an excellent study in how the true cultural essence and social fabric of the city could feature in these stories of modern love,”

Elahe Hiptoola, who previously collaborated with Kukunoor for films such as the English-language drama Hyderabad Blues and the sports drama Iqbal, serves as the producer on Modern Love Hyderabad.

Modern Love Hyderabad is the second Indian adaptation of Modern Love after the Hindi version Modern Love Mumbai, which debuted May 13 on Amazon Prime Video. It is set to be followed by the Tamil-language Modern Love Chennai.

All six episodes of Modern Love Hyderabad are out July 8 on Amazon Prime Video worldwide.