Apple TV App Out on Xbox Series S/X, Xbox One on November 10

Alongside the global launch of the Xbox Series family. 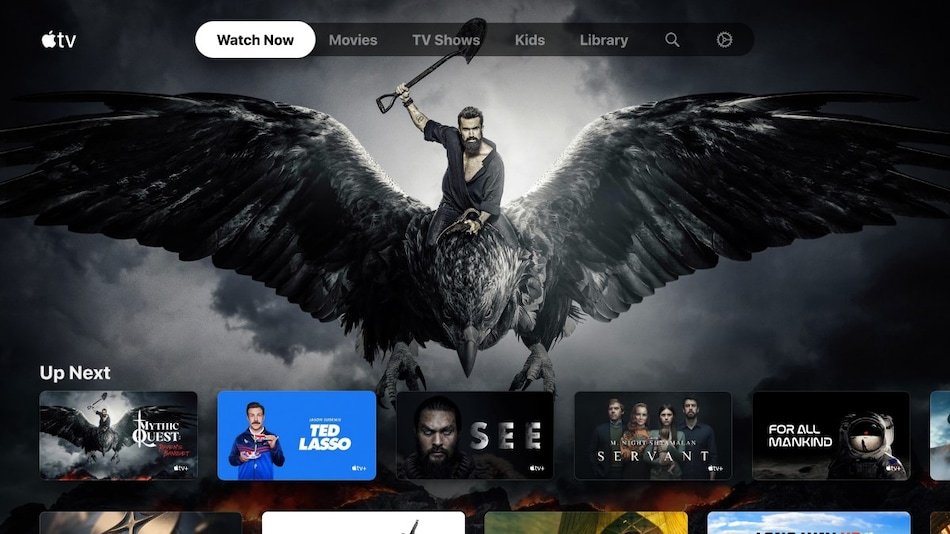 The Apple TV app is coming to Xbox One, Xbox Series X, and Xbox Series S next week, Microsoft and Apple have announced, alongside the global launch of the new Xbox consoles: November 10. The Xbox platform will be the first console to get the Apple TV app. PlayStation 5 won't have it at launch. Sony announced PS5 entertainment apps in October, and Apple TV wasn't part of the list. The Xbox family is far from the only entertainment platform that Apple had shied away from; Android remains the biggest miss.

Apple's poor naming can confuse a lot of folks, so let's clear things up. The Apple TV app not only provides access to Apple TV+ — its Netflix competitor that costs Rs. 99 per month in India, and $5 per month in the US — but also lets you buy and rent movies from iTunes Store (now called Apple TV, as “iTunes” is being slowly phased out). While the latter provides access to over 2,500 movies in India / 35,000 movies and TV shows in the US, Apple TV+ only has around 45 movies and TV shows.

On top of that, the Apple TV app also allows you to access Apple TV channels, which are essentially other streaming services built into Apple TV. In India, this includes Eros Now Select (Rs. 39 per month) and Tastemade (Rs. 79 per month). The US list is a lot longer and features the likes of AMC+, Britbox, CBS All Access, Cinemax, Epix, Mubi, Showtime, and Starz, with pricing varying from $6 to $11 per month.

For Apple, the Xbox family joins a growing list of third-party devices that include Amazon Fire TV Cube and Fire TV Stick, Roku devices, and select smart TVs or AirPlay 2-enabled TVs from Insignia, LG, Onida, Samsung, Sony, Toshiba, and Vizio. Of course, it's also available on all Apple devices, be it iPhone, iPad, MacBook, or Apple TV (a streaming box that has the same name as the app, talk about naming).