Chapek, who will be the seventh CEO in the company's nearly 100-year history, has most recently served as the chairman of Disney Parks, Experiences and Products. 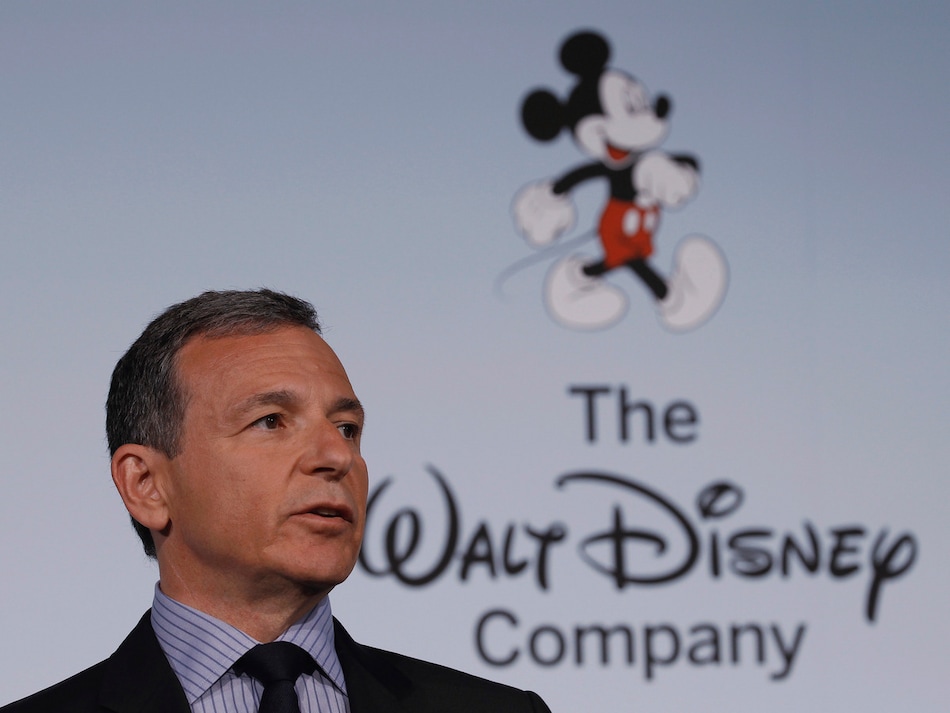 Walt Disney said Tuesday chief Bob Iger was handing off the top executive post after building the media-entertainment powerhouse into the undisputed Hollywood leader. Disney's board named Bob Chapek, a 27-year veteran of Disney, the new chief executive, effective immediately. Iger, who has been CEO for 15 years, will assume the role of executive chairman and "will direct the company's creative endeavours," a Disney statement said.

Iger, 69, said on a call with analysts that his top priority now is the creative content on which Disney's streaming services and box office revenue depend.

The idea behind handing off the CEO position two years early is to let Iger focus on the creation of winning Disney content while Chapek handles day-to-day operations of the Magic Kingdom's complex entertainment operation.

"It was really that simple," Iger said while explaining the decision to surrender the CEO chair to Chapek.

"With everything else falling in place, the time seemed right."

The move also allows two years for Iger to coach Chapek on aspects of Disney he is less familiar with. Iger's contract ends at the end of 2021.

"The timing is, in very many ways, odd," Matthew Ball, a venture capitalist who once headed global strategy for Amazon Studios, told AFP.

"In other ways, it feels somewhat right. Iger has spent years trying to retire and the company has never been stronger than it is today."

Ball credited Iger with an impressive "corporate pivot" to streaming television and felt the success of Disney+ signalled the team is in shape to thrive after he leaves the company.

Big ticket buys
Iger engineered a blockbuster deal to take over much of the television and film assets of Rupert Murdoch's 21st Century Fox to become the Hollywood box office leader, and then launched a new direct-to-consumer streaming television service which aims to position Disney against rivals such as Netflix in the new media landscape featuring on-demand platforms.

"With the successful launch of Disney's direct-to-consumer businesses and the integration of 21st Century Fox well underway, I believe this is the optimal time to transition to a new CEO," Iger said.

Disney, which is the leading force in Hollywood and also has major theme parks and television operations, has been betting heavily on its move to streaming as it takes on Netflix and Amazon Prime Video.

Disney is intent on bulking up its original streaming content, taking advantage of beloved franchises such as Star Wars and the Marvel superhero movies.

"Bob Iger has built Disney into the most admired and successful media and entertainment company, and I have been lucky to enjoy a front-row seat as a member of his leadership team," Chapek said.

"I share his commitment to creative excellence, technological innovation and international expansion, and I will continue to embrace these same strategic pillars going forward."

Iger is handing over the reins as theme park revenue is suffering due to closures resulting from efforts to curtail spread of the deadly coronavirus.

Disney+ a hit
Iger said the new CEO "has proven himself exceptionally qualified," adding: "His success over the past 27 years reflects his visionary leadership and the strong business growth and stellar results he has consistently achieved in his roles at Parks, Consumer Products and the Studio."

In Disney's latest quarterly update, the company announced it had signed up more than 28 million customers for its Disney+ streaming service, getting off to a flying start.

It also reported strong results from its latest Star Wars and Frozen films.

"We will continue to pursue bold innovation, thoughtful risk-taking and the creative storytelling that is the lifeblood of our company," Chapek said on the call with analysts.

"Our achievements to date will serve as the foundation for the future."