Meanwhile, the first spin-off — House of the Dragon — arrives in August. 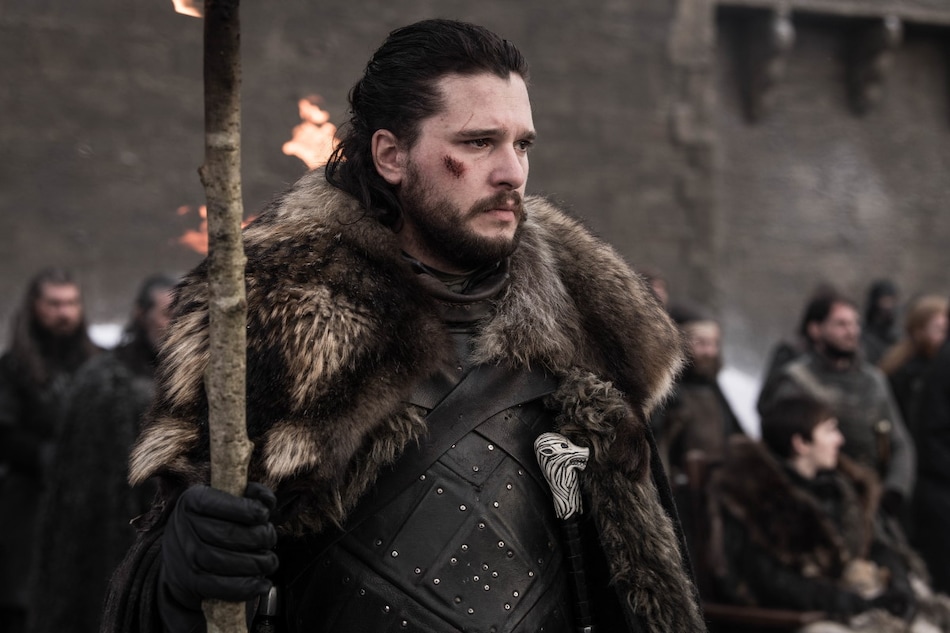 Kit Harington as Jon Snow in Game of Thrones

A Game of Throne sequel focused on the fan-favourite, impossible-to-kill character Jon Snow is in early development at HBO, according to Hollywood trade reports.

Kit Harington — whose stoic warrior Snow was last seen banished from Westeros in the Thrones finale — is attached to star if the spin-off series goes ahead, the Hollywood Reporter and Variety said, citing anonymous sources.

HBO declined to comment, and Harington's representatives did not immediately respond to an AFP request for comment.

If the show gets a green light, it would be the latest in a rapidly expanding television universe based on George RR Martin's fantasy novels.

Three live-action prequel series are already in the works — including "House of the Dragon," which hits screens this August — as well as three animated prequels.

But the purported Jon Snow series would be the first to be set after the events of smash hit Game of Thrones, which bowed out with a deeply divisive final season in 2019.

Game of Thrones Season 8 Review: Its Problems Were Years in the Making

While several major characters died, Snow — who was revealed to be Aegon Targaryen, a potential heir to the Iron Throne — left Westeros in exile, headed for the icy and wild North.

His character had already been brought back from death, after being betrayed earlier in the show's run.

News of the possible spin-off drew mixed reaction from fans online, with some delighted to see more of arguably the standout character from Thrones, and others questioning the logic of picking up from the original show's disappointing finale.

"Bro just re-do the last season at this point... We ain't gonna get mad at you and you get to make all that money again and have a chance at a competent ending," said one popular post on Reddit.

During its eight-year run from 2011, Game of Thrones was a global phenomenon, scooping a record 59 Emmys with its warring families and fire-breathing dragons, medieval violence and non-stop sex.

Martin signed a five-year deal with HBO in 2021, reportedly worth "mid-eight figures" in dollars, to develop shows both within and beyond the Thrones universe.