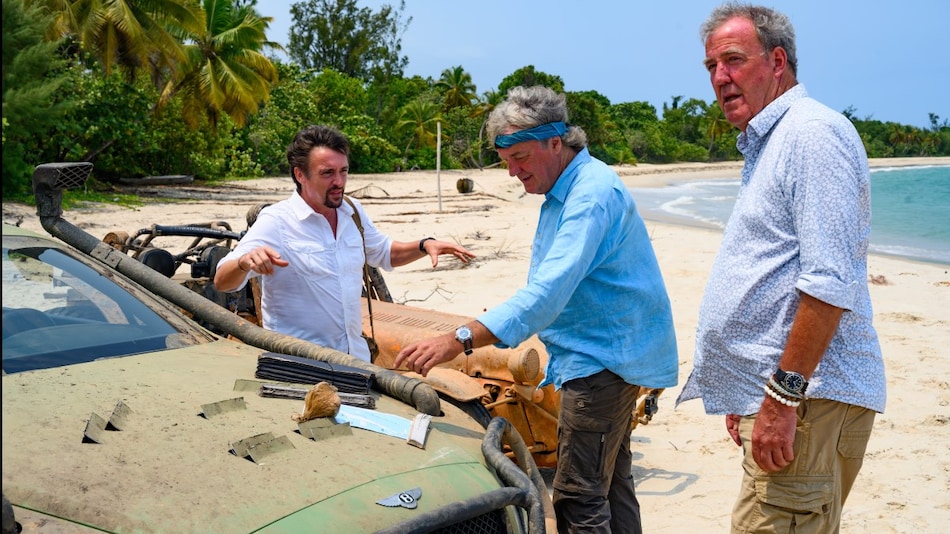 Richard Hammond, James May, and Jeremy Clarkson in The Grand Tour Madagascar special

The Grand Tour's Madagascar special — dubbed “The Grand Tour Presents: A Massive Hunt” — has been released a day early on Amazon Prime Video. On Thursday, The Grand Tour's official channels and the former Top Gear trio of Jeremy Clarkson, Richard Hammond, and James May announced on their social channels that the newest feature-length episode of the motoring series is now available. It was originally set to premiere Friday on Prime Video, but in a bit of last-minute marketing stunt, it's been put out sooner.

Here's the official synopsis for The Grand Tour Presents: A Massive Hunt, from Amazon:

The intrepid trio find themselves back on four wheels for their latest adventure. Armed with sports cars, Richard, James and Jeremy think they are in for a cushy road trip as they arrive on the exotic island of Réunion and race on the world's most expensive piece of tarmac. But a bizarre challenge propels them to Madagascar where they must tackle the world's toughest road.

And just like that, #AMassiveHunt is released early. All those marketing plans… wasted. It's on Prime Video now. Can you find it? pic.twitter.com/GwqyRQbZeC

Back in November, Prime Video unveiled the trailer and release date for The Grand Tour's Madagascar special, that arrives just over a year after we got the Vietnam one. We're getting to see a lot less of the trio, but that's due to their new deal with Amazon. After airing 38 episodes across three seasons between 2016 and 2019, The Grand Tour moved away from the hybrid studio and outdoors format. Beyond the specials, they are delivering new solo shows (Our Man in Japan for May, and I Bought A Farm for Clarkson).

The next special episode of The Grand Tour season 4, set in Scotland, was shot during the pandemic. It will air in 2021. Clarkson, Hammond, and May had originally planned to film in Russia, but COVID-19 spoiled those plans.

The Grand Tour's Madagascar special is out now on Prime Video globally. It's only available in English audio, but there are subtitles in Hindi, Tamil, and Telugu, for what it's worth.